St. Stephen CSS gets ready to cheer on one of their own as Grade 10 student earns spot on Canadian Olympic Gymnastics Team 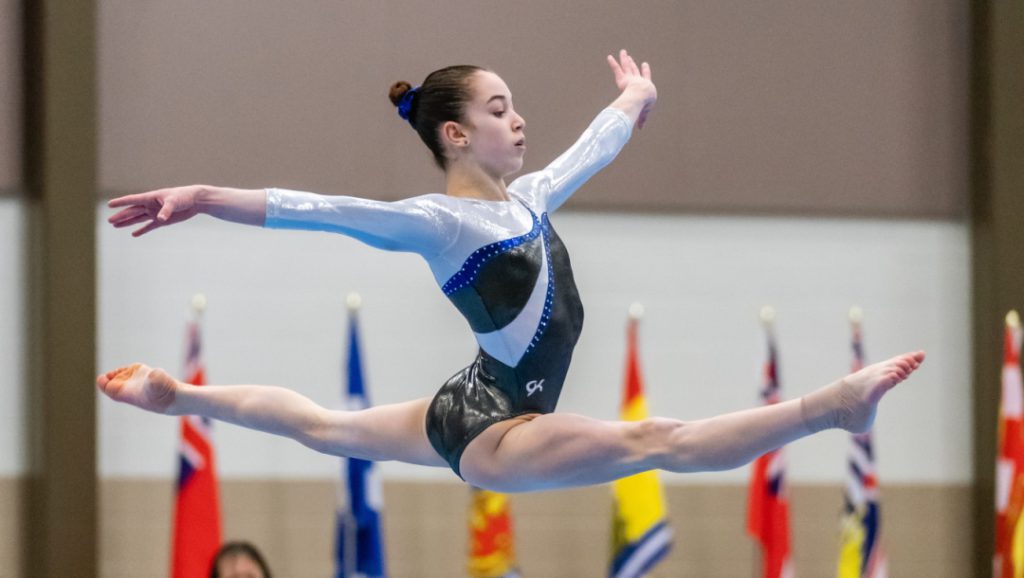 The St. Stephen Catholic Secondary School community will have reason to tune in closely during the Tokyo 2020 Olympic Games this summer, as Grade 10 student Ava Stewart makes her Olympic debut as part of the Canadian Artistic Gymnastic Team.

“We are so proud of Ava,” said school vice-principal Lisa Diachenko. “Ava is a Grade 10 student who balances a very busy gymnastics and academic schedule while maintaining a grade average that keeps her on the honour roll.”

Stewart will be competing in four gymnastics events as follows: beam, uneven bars, floor, and vault.

The postponement of the Tokyo 2020 Olympic Games by a year was fortuitous for Stewart as she only became age eligible for senior competition in 2021, the year of her 16th birthday.

In her first year as a senior, she placed second in the all-around at the virtual 2021 Elite Canada meet in February. She also recorded podium placements in the floor exercise (gold), beam (silver) and uneven bars (bronze).

Stewart was named to the national team in 2020, her first year attempting to be a high-performance gymnast. She started gymnastics in a parent-tot class at 18 months old and began competing at age six.