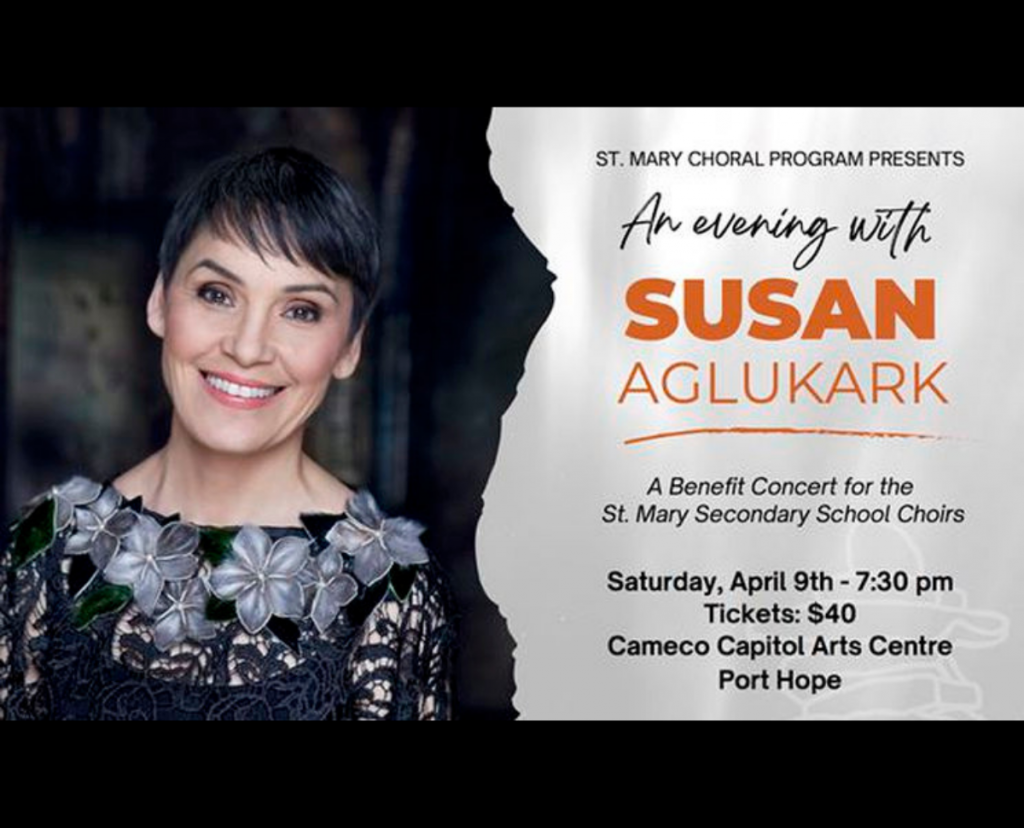 The focus will be on Indigenous reconciliation, says Tanya Earle, the choral director for the Cobourg school.

Under the direction of Earle, two-award winning choirs have performed in competitions throughout North America, winning many national choral competitions. They received an invitation to sing in an elite choral competition in Ireland, performed with Marianas Trench on stage, the Good Lovelies, and many other amazing artists, and more, noted Earle recently, while announcing this coming concert.

“This year, as part of a collaboration project through the PVNCCDSB (the Peterborough, Victoria, Northumberland and Clarington Catholic District School Board), and with Indigenous, Juno Award-winning singer-songwriter Susan Aglukark, we – St. Mary secondary choirs – are holding a concert/Indigenous reconciliation evening at the Capitol Theatre,” said Earle. “This event has allowed students to explore Indigenous music and pathways to reconciliation.”

The school choirs have in the past sung a “wide variety of choral music.” This year, the focus is on Canadian Indigenous music, explained Earle.

Students will be on stage with Aglukark performing. Jessica Outram, a Métis writer and educator with roots in the Georgian Bay Métis Community, who is also the Poet Laureate of Cobourg, and principal of Indigenous Education for the Kawartha, Pine Ridge District School Board, will also be emceeing the evening.

“Many other Indigenous artists will be sharing their work and stories in the lobby before the evening concert,” added Earle.

Tickets are available via the Capitol Theatre website or by calling 905-885-1071.