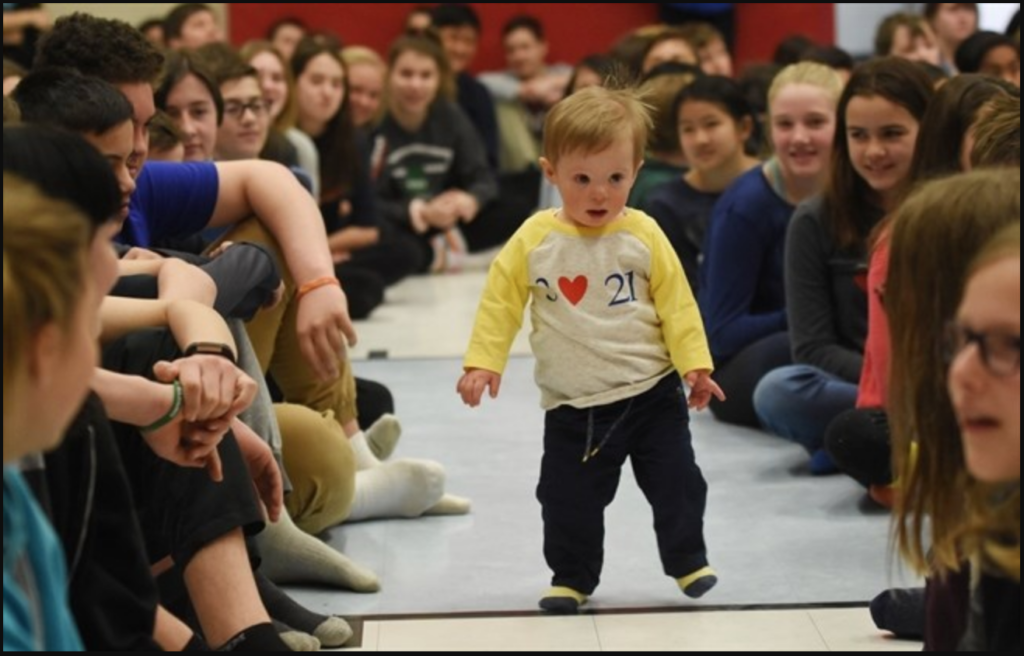 By Lance Anderson
Peterborough This Week

Mason Walters, 2, stole the show during an assembly for World Down Syndrome Day at St. Catherine Catholic Elementary School on Wednesday (March 21).

Mason’s mom Danielle, a Grade 5/6 French Immersion teacher at the school, organized the assembly where money raised at the school was presented to representatives of Special Olympics and the Down Syndrome Association of Peterborough. Mason, who has Down syndrome, was all smiles and waves as he walked around the front of the gymnasium during the assembly.

Students learned about Down syndrome before the cheque presentation was held. Both agencies received $650 each from a recent hotdog lunch. The hotdogs were donated by Personal Touch Catering.

Following the cheque presentation, students who were dressed in silly socks participated in a three-minute and 21-second dance, representing the three copies of the 21st chromosome, which every person with down syndrome has.