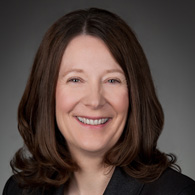 Griepsma was elected during OCSTA’s Annual General Meeting and Conference on Friday, April 27 in Kitchener-Waterloo.

“I am sincerely grateful for the opportunity to serve in the footsteps of those who served before me,” Griepsma said. “I look forward to working with our partners in education at the provincial level.”

Beverley Eckensweiler, Chairperson of the Bruce-Grey Catholic District School Board, was acclaimed as President of OCSTA.

Griepsma has served as a PVNC trustee for City of Kawartha Lakes since 2010. She was elected vice-chair in 2010 and has served as Board Chairperson since 2013. She is a member of the Board of Directors for the newly accredited Sacred Heart College in Peterborough.

With OCSTA, Griepsma had been serving her second term as the Director for Region 9. She served as Chair of the OCSTA Catholic Education Committee and represents the OCSTA voice on the Coalition for Children and Youth Mental Health and the Ministry Initiatives Sub-Committee for Wellbeing.

“On behalf of the Board, I’d like to congratulate Michelle on her new role with OCSTA,” said Director of Education Michael Nasello. “Michelle has been a steadfast leader in Catholic Education at the local level for many years and now OCSTA will benefit from her leadership at the provincial level.”

Renewing the Promise: PVNC Schools Celebrate – Catholic Education Week (May 6 to May 11) ›