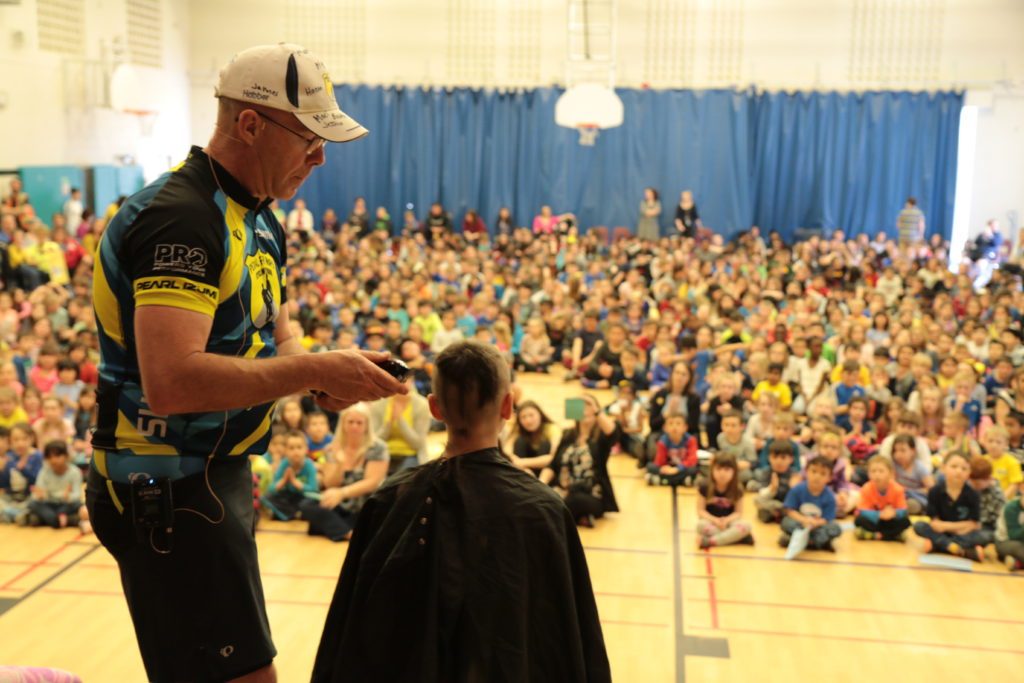 Peterborough and Durham police officers on bikes were greeted by pandemonium at Holy Family Catholic Elementary School in Bowmanville, as the school played host for the 10th year to the Pedal for Hope tour on Tuesday, April 25.

Hundreds of students and staff lined the entrance way to the school to greet the cycling officers before a raucous assembly featuring comedy, safety tips, school talent and of course, lots of head shaving.

The team of 15 officers — consisting of members of the Peterborough Police Service, OPP, Durham Regional Police and RCMP — will pedal 1,000 kilometres over the next three weeks raising funds for pediatric cancer research.

Holy Family CES was one of the first school communities in Clarington to entice the Pedal for Hope tour down Hwy. 115 from Peterborough and it has since become an important fundraising stop, Peterborough Police Service Staff Sgt. Marc Habgood said.

Among the 55 students who shaved their head and 12 who cut off their ponytails, Director of Education Michael Nasello and school VP Ian Kruis also went under the clippers to share in the giving.