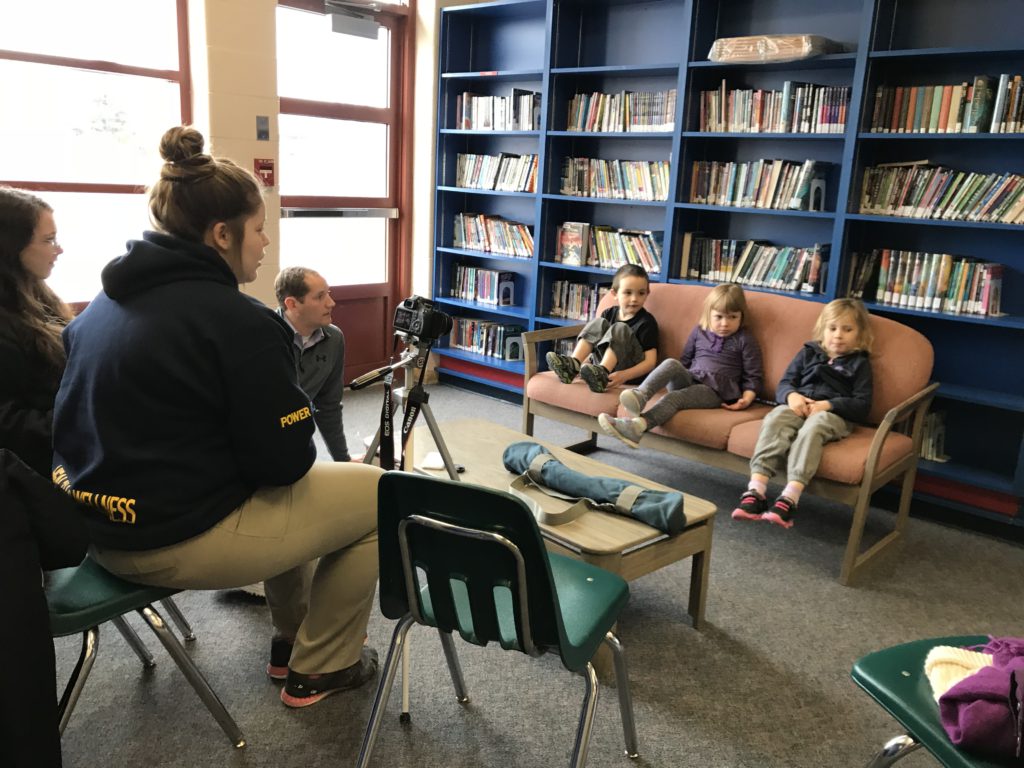 The Grade 12 students from St. Thomas Aquinas Catholic Secondary School walked over to St. Dominic Catholic Elementary School in Lindsay with the best of intentions in early April.

On this Friday morning, the religion class was to film a group of kindergarten and Grade 1 students to tease out some great quotes about the themes of Catholic Education Week (CEW), which ran May 6 to 11.

The idea was simple. Much like the viral According to Kids video series the CBC launched during the recent winter Olympics, the secondary students would interview the elementary students about faith, edit the videos into amusing and informative packages and share the responses during CEW in their school community.

The first thing you learn about interviewing kindergarten students, is that it’s not a great idea to put five of them together on a couch. The second thing you learn pretty quickly, is that Friday is not the best day to get them to cooperate. Finally, the high-schoolers learned that video production can be tedious work, requiring persistence and patience and that best laid plans sometimes need to be rethought.

But that was the whole point of the project, teacher Jeremy Stillman explains.

“Our grade 12 students realized that their original plans weren’t going to work out. Our questions for conversation topics were not age-appropriate and the younger students struggled with them. I had a fairly strong idea this was going to happen and wanted that experience to happen organically, rather than prompting my students ahead of time,” he said.

“We went back to the drawing board and did some research, discussed ideas, and came up with activities that would engage the younger students in more dialogue. Sometimes the conversations wouldn’t go as planned, and our Grade 12s really learned how to improvise on the fly and pull from a wide background of knowledge to draw it into our faith themes.”

After a few bumps in the road, the secondary students prevailed, captured the raw footage they required and then spent the weeks leading up to CEW editing and preparing the final videos.

“Ultimately, it was a rich experience that was student-led. The videos all had their own unique twists, but shared the same opening theme,” Stillman added. “It was difficult as the teacher not to step in at times and give them too much advice. At the end of the day, it was the students driving their own learning and hopefully when they look back on their high school career they will remember this as a valuable learning journey.”