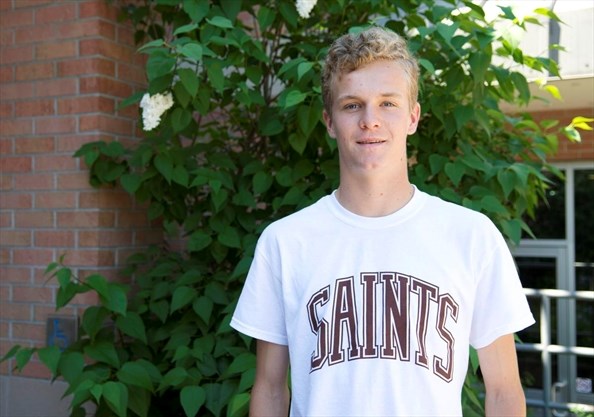 A local high school student returned from Ottawa on Monday night with a fourth-place win in a national geography contest.

Jake Douglas, 15, was one of the Top 5 finalists in the Canadian Geographic Challenge.

It was his third consecutive year competing in the national contest and he made the Top 5 for the second year.

The St. Peter Catholic Secondary School student travelled to Ottawa on Saturday night with Dhruv Pathak, a Kenner Collegiate student who also beat out about 25,000 students across Canada to earn a spot in the Top 20.

They completed a written and field test Sunday afternoon, with Douglas’s score advancing him to the next round.

Having competed twice before, Douglas said he felt he had a bit of a leg up because he knew the format and what to expect. He’d also learned how to manage the pressure.

Although he took second place last year – garnering him $3,000 and a free 10-day cruise of the east coast – Douglas didn’t have any expectations going in.

He’d seen someone go from first place one year, to not making it past the Top 20 the next.

So when the first four finalists were announced Sunday, Douglas wasn’t banking on being called as the fifth.

“It was a big sigh of relief when I got called up on the stage,” he said.

About half way through the 60-minute finals Monday, Douglas said he knew his score was too low to win, but he continued to give it his all anyway.

“I feel like I’ve done well. Even without the first place, what more can you ask for – it’s been great,” he said, looking back.

The teenager said he looked at the challenge as an experience and an opportunity to learn more about the world.

“It’s deepened my passion for geography, and I know more of the specifics about what opportunities there are in the future.”