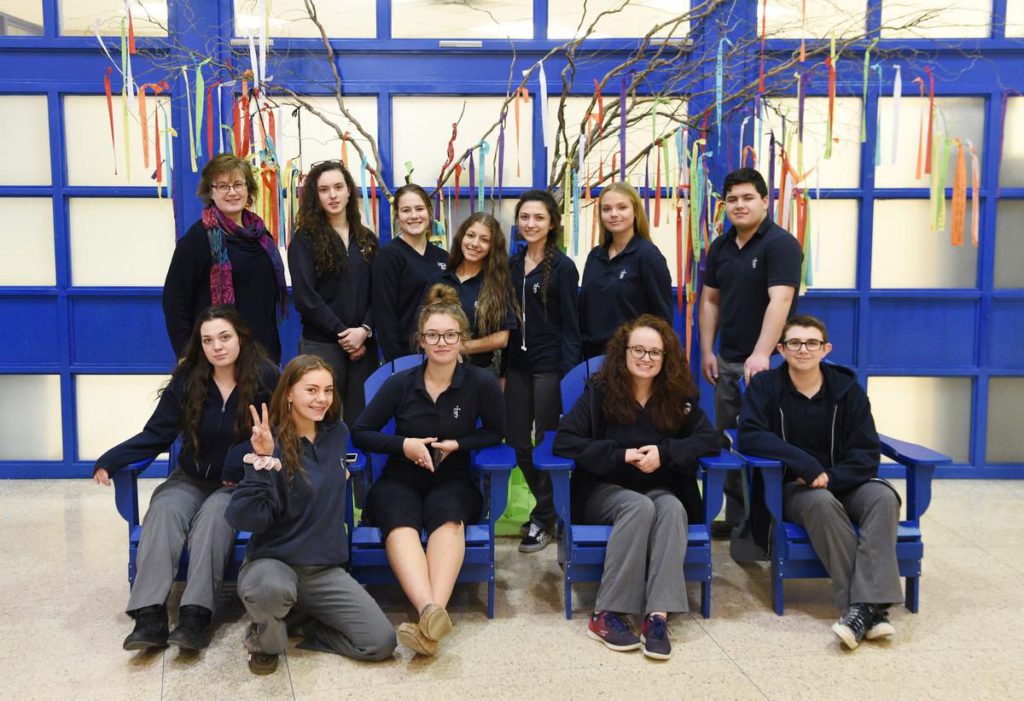 A tree standing in the school is hung with hundreds of colourful ribbons — on each one students have written something they stand to lose.

It’s part of the Climate Ribbon project, an international effort to raise awareness of “climate chaos.”

Beth McKinlay, a religion teacher at the school, says she was motivated by a fall 2018 report from the UN Intergovernmental Panel on Climate Change, which warned there are 12 years left to limit the impact of climate change, before the risks of floods, drought and extreme heat worsen.

Her Grade 11 Indigenous issues class jumped on the idea to raise awareness.

Students made presentations to 20 classes in the school, sharing facts with their peers and encouraging them to write on ribbons for the tree.

“I’ve never had a group of group of students buy into something they way they have,” McKinlay says.

“We live in a bubble here, where we see the minimal effects of climate change and this project brought light to how that will change if we don’t act now,” says student Ella Simmons, who is concerned about losing trees, clean air, water, wildlife and flowers.

“I want people and animals in the future to be able to live on a healthy, thriving planet.”

The Climate Ribbon concept originated at the People’s Climate March in September 2014 in New York City.

More than 400,000 people took part in a massive march and the Climate Ribbon art installation was unveiled as a tree sculpture hung with thousands of ribbons.

“Collectively, these ribbons compose a kind of ‘people’s treaty,’ inspired in part by Northeastern Native American quahog and whelk shell wampum belts that signify the mutual exchange of trust that takes place when commitments are made between peoples,” the website for the project explains.

McKinlay, who is retiring from teaching at the end of this year, says she hopes to bring the Climate Ribbon project to local community groups as well.