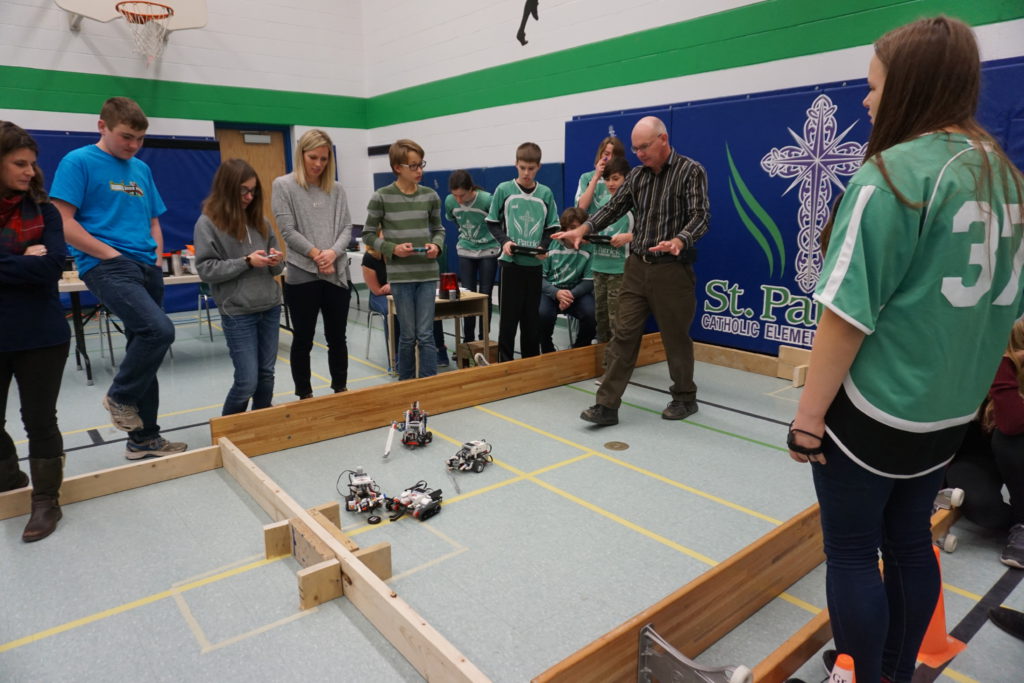 The annual Peterborough Victoria Northumberland and Clarington Catholic District School Board Robotics Competition at St. Patrick Catholic Elementary School in Peterborough has it all.

Participants will compete with Lego Mindstorms robots, which will be built before the competition, and students will be given time between competitions to upgrade robots as needed.

“This event inspires students to work together to solve problems in real time, while competing in a fun, good-spirited competition,” St. Patrick CES principal Karan Leal said. “Students design, program and code their own robots. They learn great STEM (Science, Technology, Engineering and Mathematics) skills and we tend to get as many girls participating as boys, which is really promising to see.”

This challenge is to successfully finish the maze within two minutes. A robot must be able to navigate a maze from start to finish using either its touch or ultra-sensors. The winner will be the robot that makes it the farthest or finishes the maze the fastest.

Teams will create two robots that can move or hit a ball into a net. The robots will be run by a remote control. Teams will play against opponents in a round-robin format. The team that scores the most goals in the five-minute game will win. In the event of a tie, there will be a best-of-five shootout.

Robots will fight for five minutes in a small arena. Robots can have any Lego battle attack strategies such as spinners, swinging arms, or shooting balls. Points will be awarded by the referee. The team wins by having the most points at the end of the five-minute match, by disabling the other robots, and/or by pushing the other robots out of the arena. It will be a round-robin format with four teams fighting at the same time.