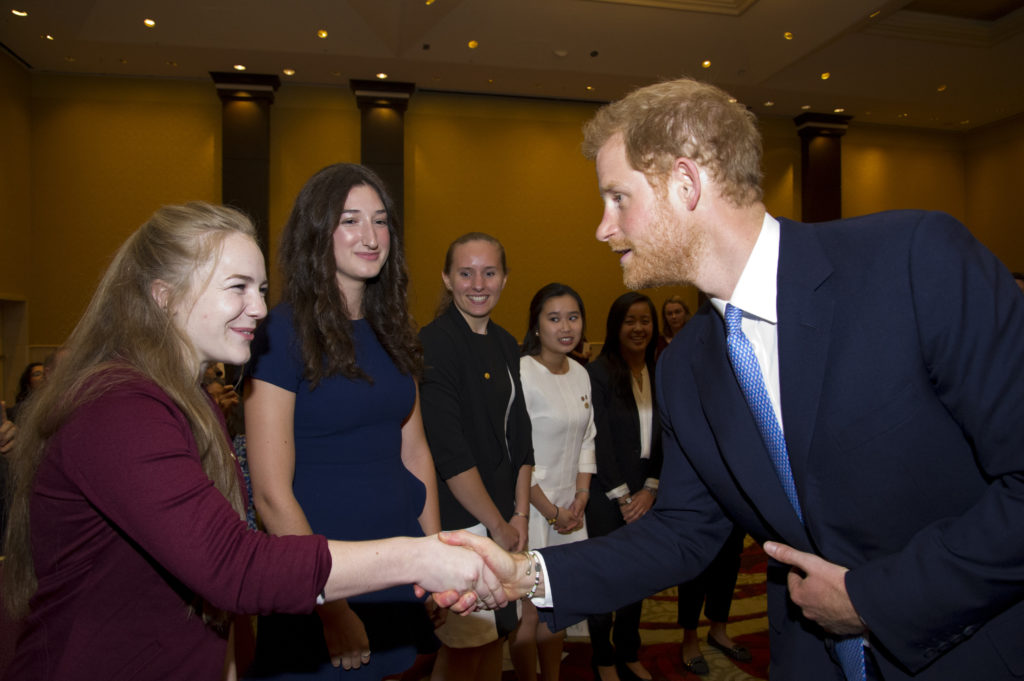 PVNC grad Phoebe Arthurs, who graduated from St. Mary CSS in Cobourg in June, was among 150 students from across Canada who were recently recognized with a Duke of Edinburgh’s International Canada’s Gold Award during a ceremony at the Fairmont Royal York in Toronto.

Ontario’s Lieutenant Governor Elizabeth Dowdeswell handed out the awards while His Royal Highness Prince Henry of Wales made a Royal appearance to help celebrate with the students.

Prince Harry canvased the room, spending a special moment with each participant, taking the time to greet, shake hands and speak to the achievers about their Duke of Ed journey and he encouraged the recipients to continue on as future leaders of Canada.

During her four years at St. Mary CSS, Phoebe developed a great rapport with teachers and schoolmates alike. She earned the school’s Silver and Gold “Achievement Award” and received the school’s highest honour, the Award of Excellence, at graduation.

“As a student she has distinguished herself as a highly conscientious, competent and organized individual who exemplifies dedication and commitment to her work,” said student success teacher Yvette McCartney in Phoebe’s nomination letter.

“Her strong character, positive attitude, commitment to service in helping others, outstanding communication skills, effective leadership skills, and her continuous endeavours for improvement, are just a few of her major assets.”

The Duke of Edinburgh’s International Award was founded by His Royal Highness, The Prince Philip, to encourage personal development and community involvement for young people. Since its establishment in Canada in 1963, more than 500,000 young Canadians have taken the challenge which has Bronze, Silver and Gold levels of the Award. Today, The Duke of Edinburgh’s International Award is present in over 140 countries around the world.