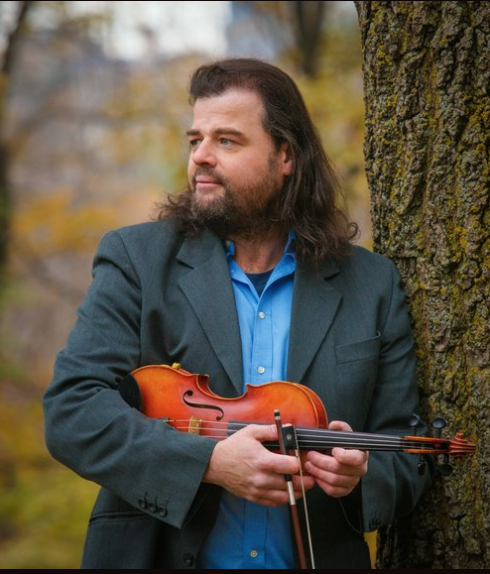 The evening will be filled with traditional Celtic music, provided by east coast native Dan MacDonald and friends, Irish dancing and a silent auction.

This evening is a benefit concert that will financially help support the auditioned girls’ choir at St. Mary CSS travel to Ireland where they will participate in an International Choral Festival. In November the choir was awarded one of 11 spots in the competitive component of the Cork Festival.

Originally from Ironville, Cape Breton, Dan MacDonald began playing the fiddle at a young age, under the instruction of his father, Lloyd MacDonald, himself a well-known and respected Cape Breton fiddler. His early immersion in the strong musical culture of Cape Breton Island informs his now diverse musical voice, which has grown in strength and scope as he has travelled the globe and worked with a myriad of musicians of all styles. Currently residing in Toronto, Ontario, Dan is in demand as a solo fiddler, a session musician, and on recordings spanning many genres.

For the past 15 years, the St. Mary’s Choirs have attended the Heritage Music Festivals of Gold, an elite North American Festival, in Nashville, San Francisco, L.A. Chicago, Washington and New York, each time awarded, for their outstanding performance, the “Gold Distinction Award”. They also annually receive an invitation to MusicFest Canada (nationals for choirs and bands). The group is excited to have a new international experience and are rehearsing and fundraising on a regular basis.

Tickets for the evening can be purchased through the Capitol Theatre and are proudly sponsored by The Beamish House and Local No 90 restaurants. The Beamish House will be donating part of their evening proceeds to the choir. It will be featuring a traditional Irish menu and beverages on March 10.