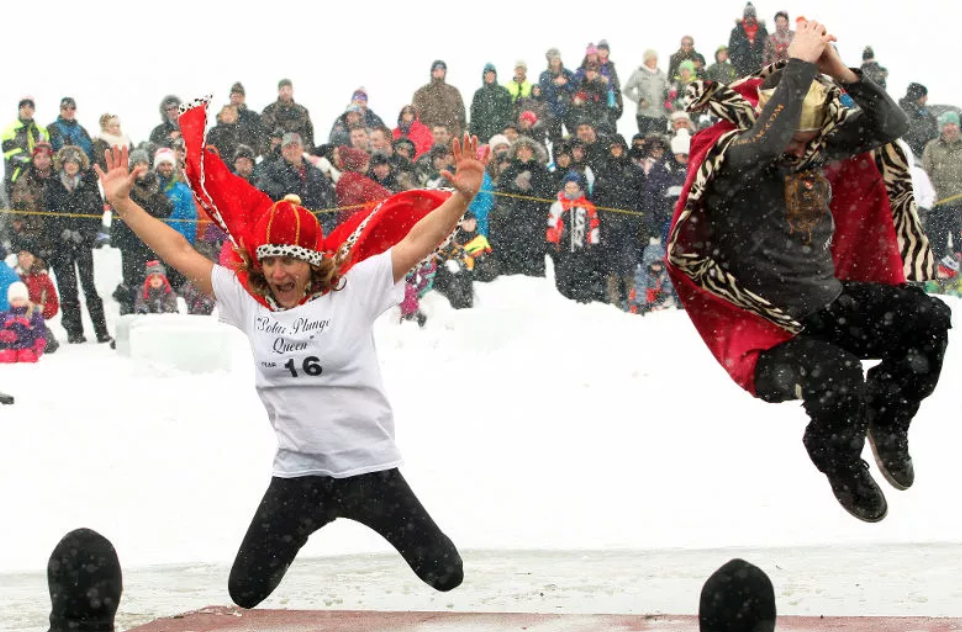 Two teachers are recovering from a cold dip while a group of students are preparing to throw a pie at their music teacher at St. Joseph Catholic Elementary School in Douro.

Teachers Stephanie Dancey and Jonathan Berlingeri braved the icy waters of Chemong Lake during the 38th annual BEL Rotary Polar Fest Polar Plunge on Sunday, Feb. 4 in Bridgenorth, ON to raise money for their school charity.

Dancey, who teaches core French, and Berlingeri, who teachers Grade 7, raised $750 for the Five Counties Children’s Centre in Peterborough.

Students at the school competed by class to raise the most money and principal Julie Selby will be treating the winning class to an ice cream sundae party. The winning class also gets to throw pies at music teacher, Jason Hogan, during a school assembly.

“It’s just such an amazing fundraiser,” said Dancey, who has been taking the polar plunge as a PVNC teacher for 16 years, often convincing fellow educators and students to join her. “Who wouldn’t want to see their teacher jump in the lake?”

During her time at St. Joseph CES and previously at St. Martin CES in Ennismore, Dancey’s polar plunges have raised more than $11,000 for local charities.

“It’s one of the craziest things I’ve done,” she explains. “But it’s so worth it.”