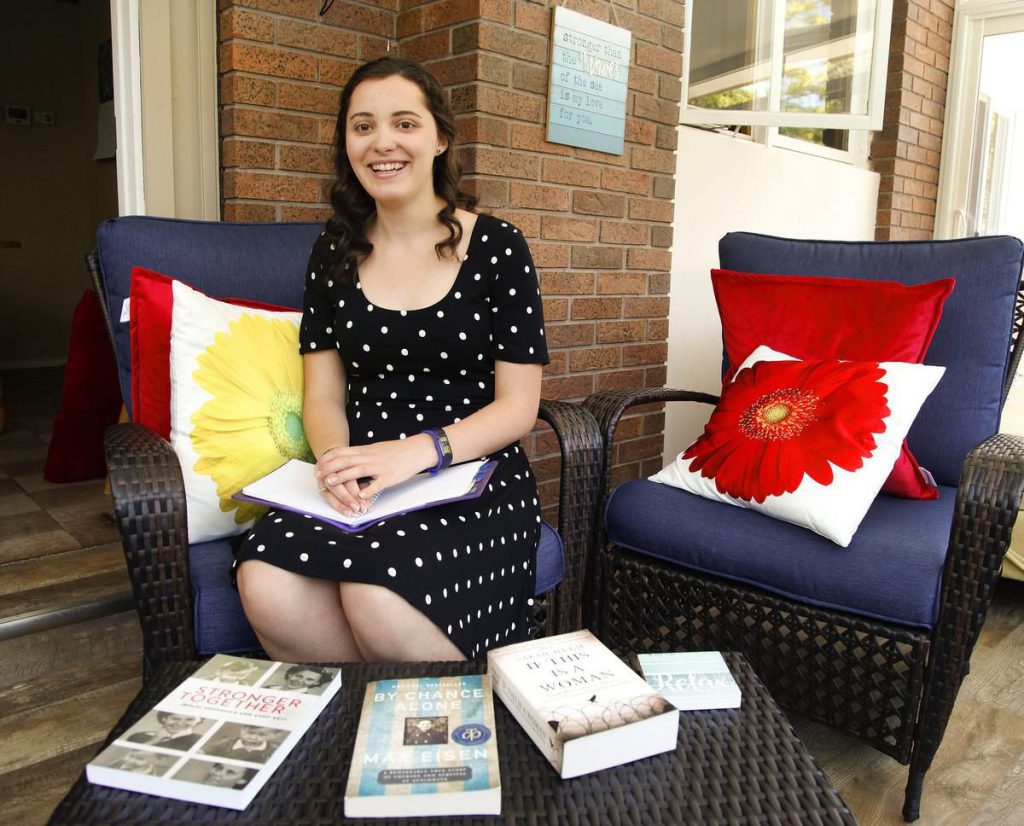 Published by The Peterborough Examiner on June 17, 2020

Brown’s winning poem Track 17 was inspired by her experience participating in the 2019 PVNC Summer Holocaust Education Program, which brought her and her fellow classmates to Germany and Poland.

“We went to visit former concentration camps, memorials, monuments, and learn about the whole history of the Holocaust. Through the program, they had us focusing a lot on journaling and reflection,” Brown told The Examiner.

Brown said her poem was written while she was at Track 17 memorial at Gunewald railway station in Berlin, a site where a total of 55,000 Berlin Jews were deported to concentration camps.

“To me, Holocaust education must be a fundamental part of our human history. This poem is a reflection of understanding the haunting experience of the Holocaust as a young adult and as an outsider,” she said.

Brown said she was inspired by survivor stories throughout the Holocaust learning program.

“On the trip, we had the opportunity to meet with several Holocaust survivors and they really pressed upon us as a group how appreciative they were of us taking on their story,” she said.

“And so, I think to have won with this piece it just helps remind me that there are still people who understand what this was like and want to know more.”

In September, Brown will be attending Trent University to take law and art, a duel degree program split between Trent and Swansea University in Wales.

RETURN TO SCHOOL: A Letter to all Families from Minister of Education Stephen Lecce ›