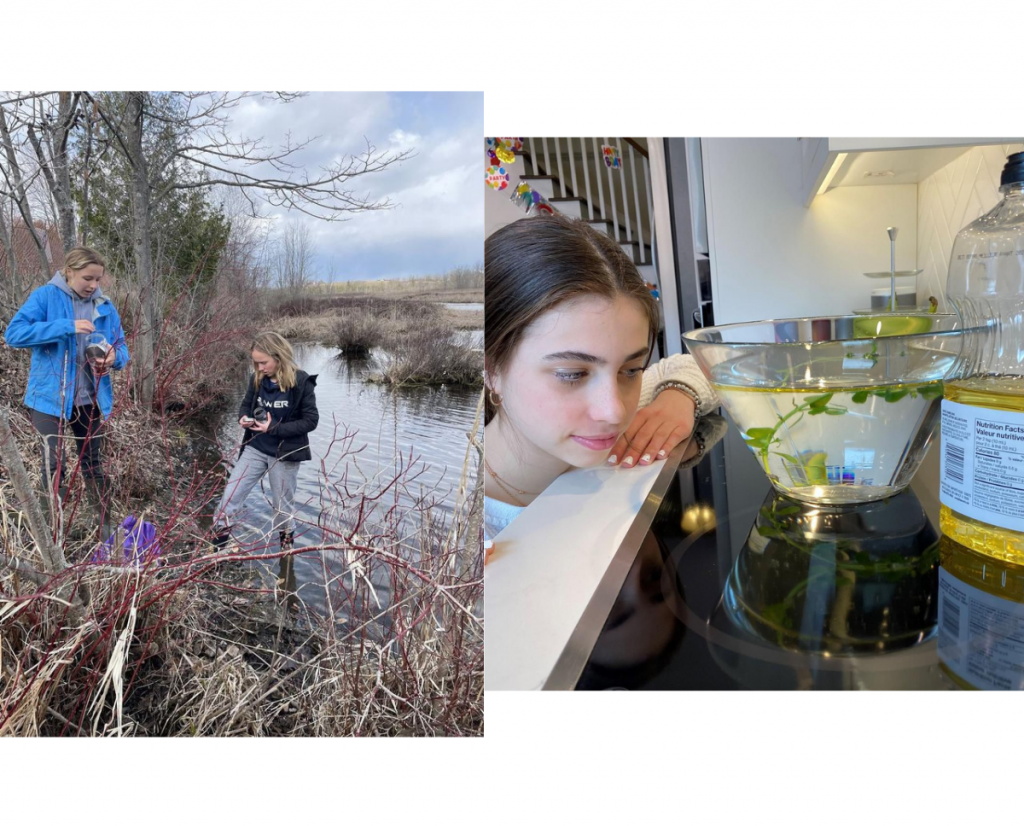 The science fair was held virtually again due to the COVID-19 pandemic. The winners were revealed Wednesday in a ceremony held over Zoom.

The top winners advance to the Canada-Wide Science Fair, which will be held in New Brunswick but will also be hosted virtually due to pandemic precautions.

“This is an amazing opportunity and I’m so happy I was able to reach it,” said 12-year-old Ella Sehn, a Grade 7 student at St. Catherine School in Peterborough.

“It definitely took a lot of work for the entirety of the project, all this work really paid off, and I’m very happy and excited to see what comes next.”

Sehn hypothesized aquatic plants oxygen production would be less when they were covered in oil opposed to oil just being spread across the top of the water, which she expanded on from a previous project.

She found the plant’s ability to produce oxygen was impaired with each experiment.

She now wants to test her experiment in a real world setting to determine if the findings hold up.

“I could try my experiment in an ocean setting with salt water instead of just normal water,” she said, “with different types of aquatic plants found in the ocean and using motor oil that comes out of ships instead of just vegetable oil.”

A pair of St. Peter Secondary School students also advanced to the Canada-Wide Science Fair for their experiment called Quantitative Study of Microplastics in Jackson Creek looking at microplastics in the Jackson Park area.

Their experiment was to determine where microplastics were more concentrated, either in water sediment or in the soil along the riverbanks.

“We took samples from the creek sediment, the soil, and the water, and we observed them under the microscope to see if there was any like microplastics in our local environment,” said Annalise Musclow, 15, Grade 9 student at St. Peter.

Microplastics have many negative health outcomes when they enter the human body from fertility issues to hormone disruption, she said.

Microplastics were found in all samples that were taken throughout the Jackson Park area, said Sydney Dobbin, 14, a Grade 9 student at St. Peter.

It’s due to the constant movement of the water that there is a concentration of microplastics in the soil surrounding the creek, she said.

“Whereas in the soil, the soil is standing still, so the microplastics have time to accumulate and build up in one spot.”

Dobbin noted a lot of the microplastics that were gathered during the experiment were fibres from clothing.

“A lot of it was fibres from clothing or other material that we found as pollution in the water and the creek, which is pollution from our clothing,” she said.

“We need to be more mindful of what we’re wearing, because it’s polluting our environment and affecting the atmosphere and ecosystem.”

Other winners going on to the Canada-Wide Science Fair are: