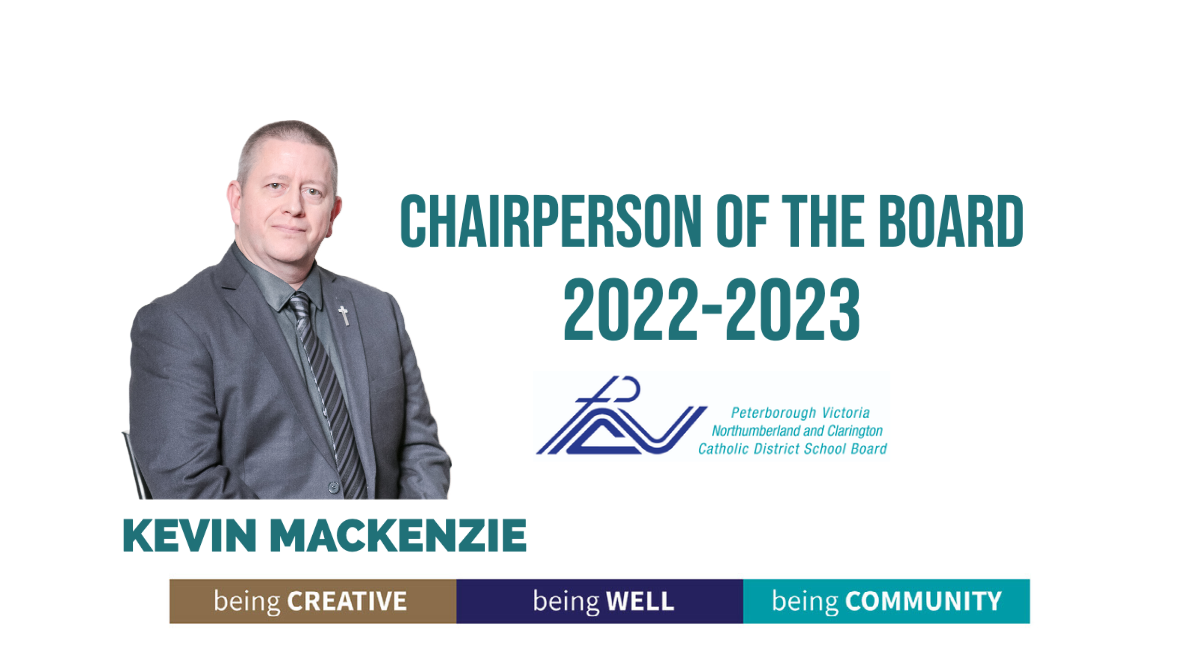 MacKenzie has served four years as a trustee, having first been elected in the 2018 municipal election, and he served as the Board’s vice-chairperson from 2021-2022.

“Since first being elected to the Board of Trustees in 2018, I have been consistently awed and inspired by what our students and staff can achieve when provided the opportunity to thrive,” MacKenzie said.

“I am honoured to take on this new leadership role. I have long wished to serve and give back to my community and I look forward to working with my fellow trustees as we pursue the Board’s mission to accompany our students and strive for excellence in Catholic Education.”

Peterborough County trustee Jenny Leahy, who retired from her 18-year career as an executive administrative assistant at PVNC in July 2021, was elected as Board vice-chairperson. Leahy joined the Board of Trustees in May 2022 as an appointee and was re-elected to the position during the Oct. 24, 2022 municipal election.

For Peterborough trustee Loretta Durst, Tuesday’s meeting marked the one year anniversary to her Nov. 15, 2021 appointment to the Board. Durst also won re-election in the Oct. 24, 2022 municipal election.

During Tuesday’s inaugural board meeting, trustees were also appointed to standing and ad-hoc Board committees.