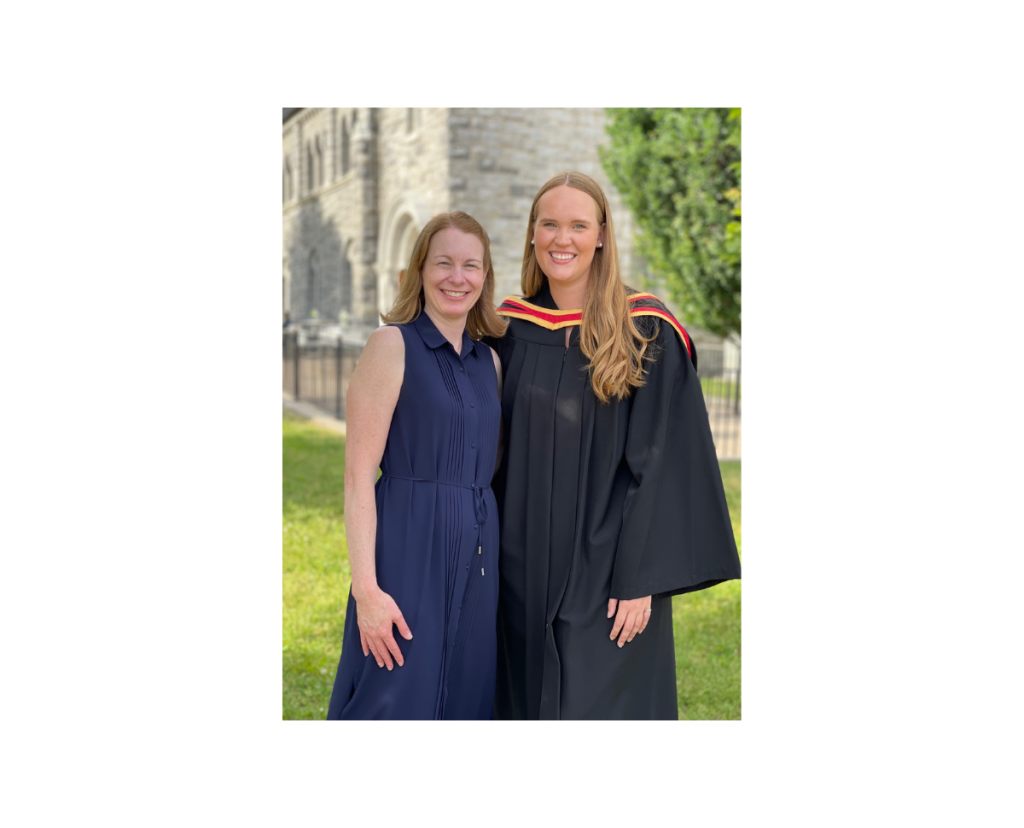 As convocation ceremonies last week at Queens University celebrated the achievements of thousands of Queen’s graduates, three students marked the milestone by also honouring a high school educator who had a major influence on their journey to post-secondary education.

One of the teachers who have been selected to receive a Baillie Award for Excellence in Secondary School Teaching, was St. Stephen’s own Jennifer Clark.

Jennifer Clark, who teaches mathematics, was nominated by Cheyenne Kammerer (Artsci’22), for being a strong role model for students considering a path in science, technology, engineering and math. In her nomination, Kammerer highlights Clark’s readiness to encourage her class to view mistakes as opportunities to learn.

“She genuinely cared about teaching us to be good people,” says Kammerer. “Her impact will be lifelong. If I can be half as optimistic, compassionate, empathetic, and kind, I will be making a difference.”

The Baillie Award for Excellence in Secondary School Teaching was established by Chancellor Emeritus A. Charles Baillie.

These awards give undergraduate students in their graduating year  the opportunity to honour educators in Canada who, during the student’s high school career, had a decisive and formative influence on the student, and set them on the course to post-secondary education and ultimately to their graduation from Queen’s.

The Baillie Award recognizes an exceptional high school educator who has served as a role model and mentor to their students, instilled a love of learning, and inspired academic excellence and the pursuit of higher education. Up to five awards are given annually across the country.

“It was quite a shock to receive the message from Queens’ that I had been nominated for the award. Cheyenne was a great student and it was so touching to hear from her that I had made an impact on her career,” reflects Clark. “The timing of the award was really nice after having such a difficult couple of years, especially to hear that we are making a difference in a lot of these students’ lives.”