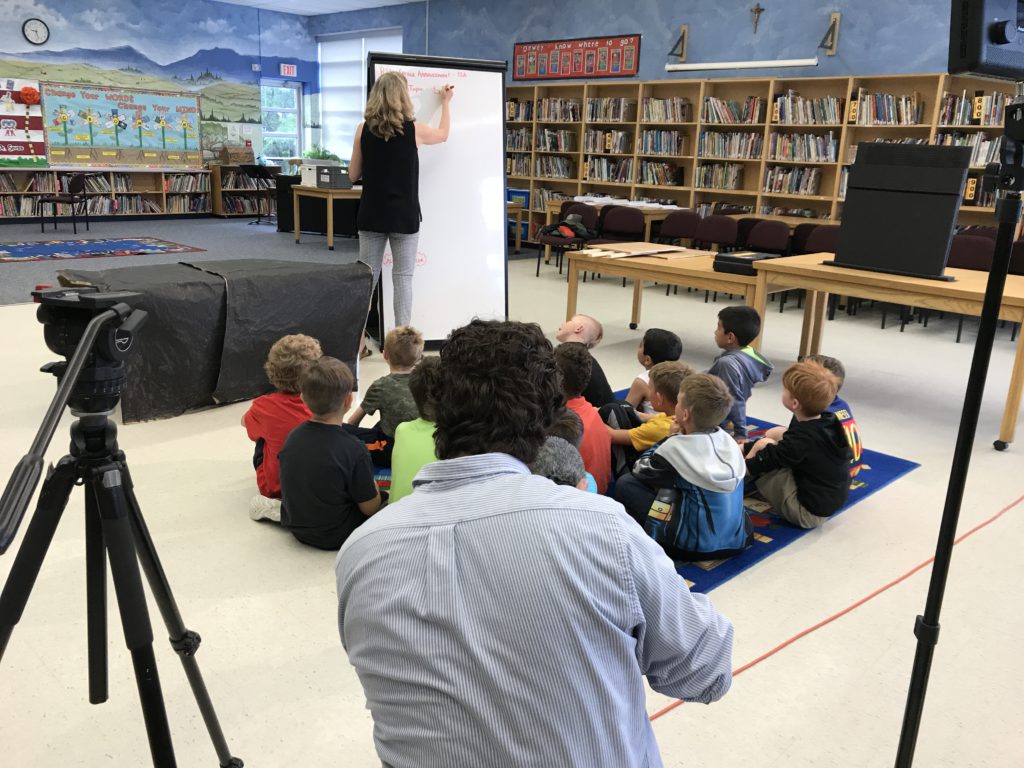 If you live in the Clarington area and you use Facebook, there’s a good chance you know a little bit more about the plight of the little brown bat after this summer.

That’s thanks to the Bat Rangers of St. Mother Teresa Catholic Elementary School in Courtice and their online PSA that has garnered more than 91,000 views, 430 “likes” and 227 shares.

In 2017, teacher Michelle Rodriguez led the Grade 1 and 2 students in an exploration of the little brown bat as part of the school’s Deep Learning initiative. In this model, the teacher empowers students to take ownership of a lesson, facilitates student-led inquiry and creates partnerships in the community so that students can take action on an important local or global issue.

“It’s sort of stepping back and letting students take the lead, but at the same time, you’re still deeply involved and you’re just as excited to come to school the next day as the students are,” Rodriguez said.

The students researched about White Nose Syndrome, which is killing millions of little brown bats in North America. The group also built several bat homes that were installed in the Clarington area and worked with the Board’s Communications Services to create the PSA video to raise awareness in their community.

“Our whole class was worried about the little brown bats,” one of the students in the video says.

The students explain in the PSA the important role bats play in our ecosystem by eating insects — one little brown bat can capture as many as 600 mosquitoes in an hour — as well as acting as pollinators.

“The goal is to raise awareness — soon it will be too late and we can’t bring the little brown bat back,” Rodriguez told Clarington This Week in July. “It really hit home for them.”

In terms of the Deep Learning initiative, the Bat Rangers have learned skills they will continue to use throughout school and life, Rodriguez added.

“What are they taking with them from this experience? Life skills forever. They are able to research and look into a website and say “does this seem valid?” They are going to investigate it further and maybe they are going to call an expert in that area and ask really great questions that they have researched about,” she said.

“Their initiative, their assertiveness, their perseverance to continue with a task are skills that are going to take them on forever.”