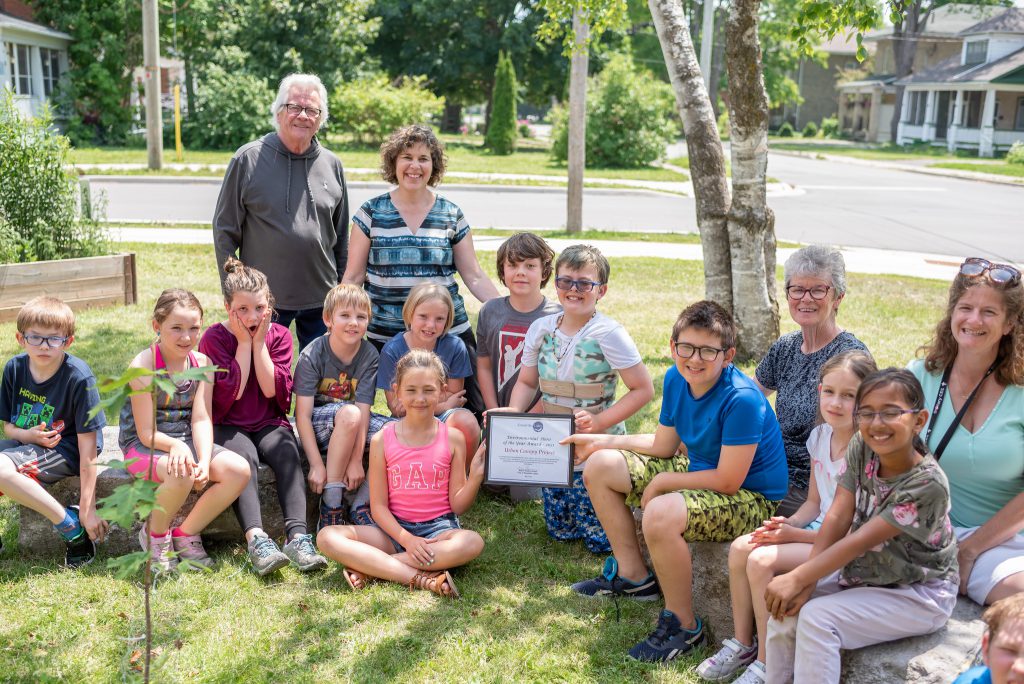 And….. a BIG congratulations to our school who partnered up with the “Canopy Project” and Mr. Ireland, and received an award for being an “Environmental Hero” for our tree planting efforts this year! Thanks Ms. Apac and students for all of your hard work!#PVNCinspires pic.twitter.com/cEYQowrFxg

In total, students helped plant five sugar maple trees on school property, and one white cedar, which had been the 100th tree planted in the overall project.

Although the award was made out to the Canopy Project as a whole, Ireland felt it was important to involve the students and give them the recognition they deserved. “As a retiree of PVNC, it was important for me to give back to the community,” Ireland reflects. “This group in particular, when they started telling me they had named the tree they planted, it was heart-warming to see the ownership they felt over such an important project.”

Canopy Project Kawartha Lakes is a volunteer-led community group whose goal is to increase the urban canopy in the settlement areas of the City of Kawartha Lakes (CKL). To achieve that goal, CPKL concentrates its work in the following areas: Education, Advocacy, Execution and Community Integration.

In honor of their hard work, John presented the award at St. Mary Lindsay to the students that participated in the project, and each received a copy to take home and display.

To learn more about the Canopy Project and how to get involved, visit their website at https://cpkl.ca/.