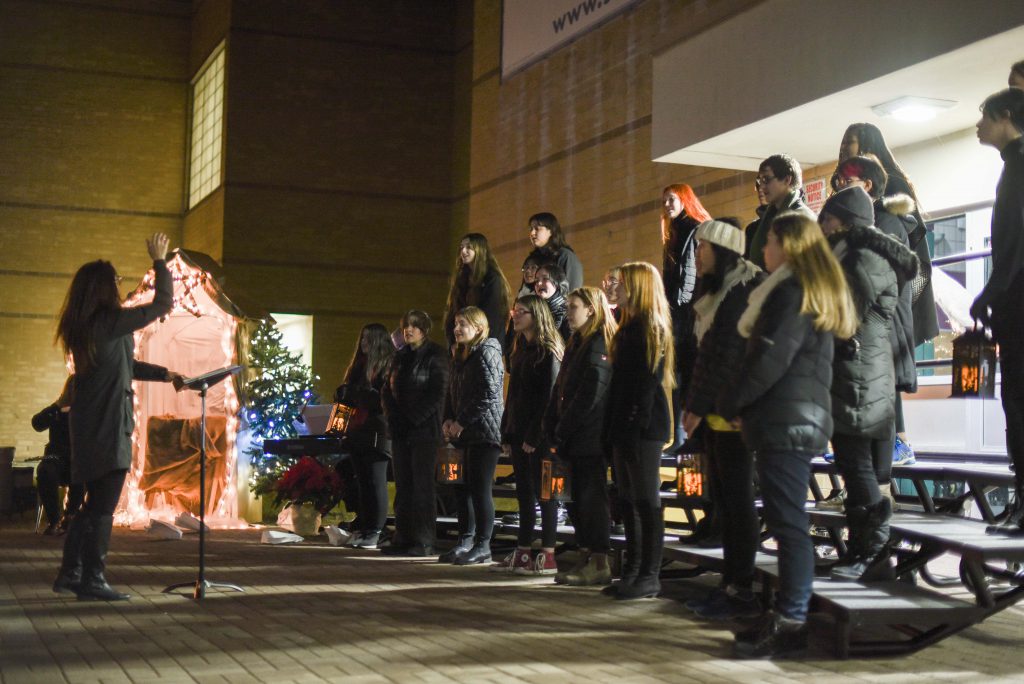 St. Mary CSS has had a long history of showcasing amazing student talent within their music program and vocal group. When the opportunity to have students participate in something they’ve been practicing long term in front of family and friends, they safely held a concert outdoors at the school. 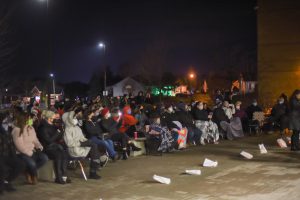 Traditionally, the St. Mary music program traveled and performed their Christmas concert at surrounding elementary schools to spread the spirit of the season. This year, the event was held closer to home by candlelight under the stars. The concert was a magical event for all who helped out and was involved. Used as a fundraiser for the music program, $944 was raised in total, which will go towards competition opportunities for students. 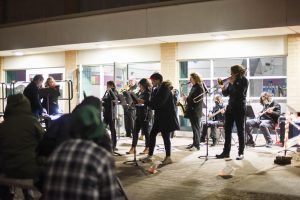 Art was also displayed by the visual arts program comprised of grade 9 to 12 students.