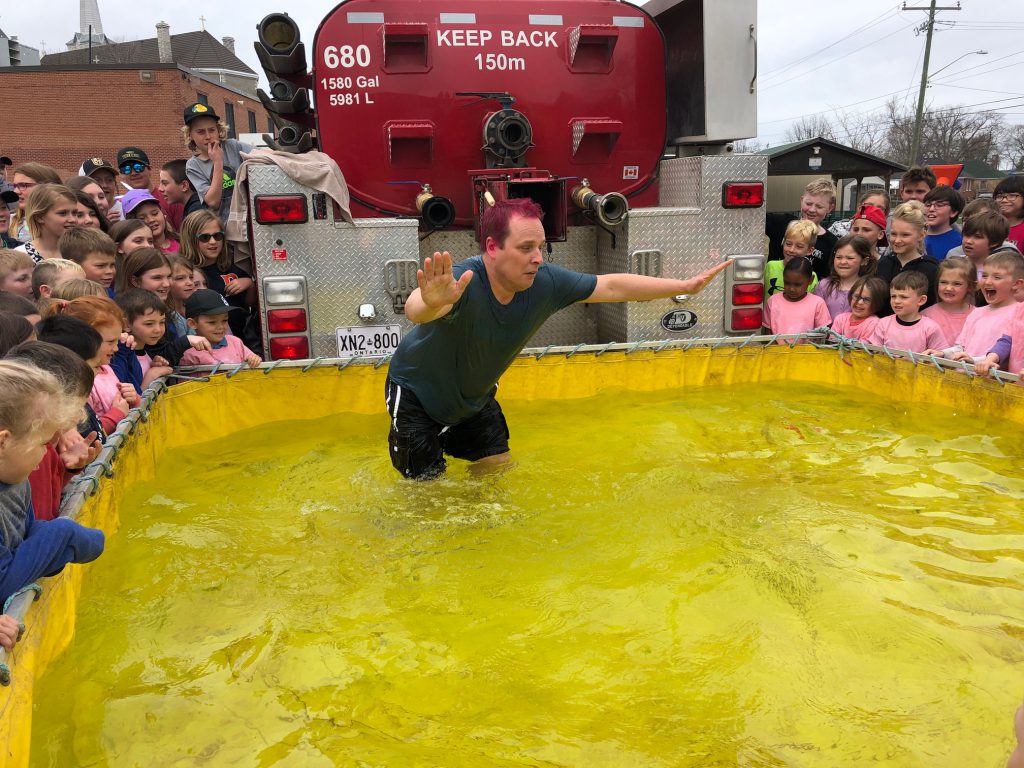 The stunt was the culmination of the school’s spring raffle hosted by the Catholic School Council to generate money for a primary play structure.

Students started selling tickets in late March and the raffle concluded on April 29 when the winning tickets were drawn.

Roberts had promised to make his plunge if the school hit its $11,000-fundraising goal. The school community hit and surpassed it, raising more than $16,000. Along with grants from the Campbellford Seymour Community Foundation, the school is much closer to constructing the new play structure.

And thanks to some help from the Trent Hills Fire Department, which brought a fire truck full of icy water from the Trent River, Roberts fulfilled his promise by jumping into the 3°C-water in front of the entire school community.

Living as Joyful Disciples: PVNC Schools Celebrate Catholic Education Week (May 5 to May 10) ›