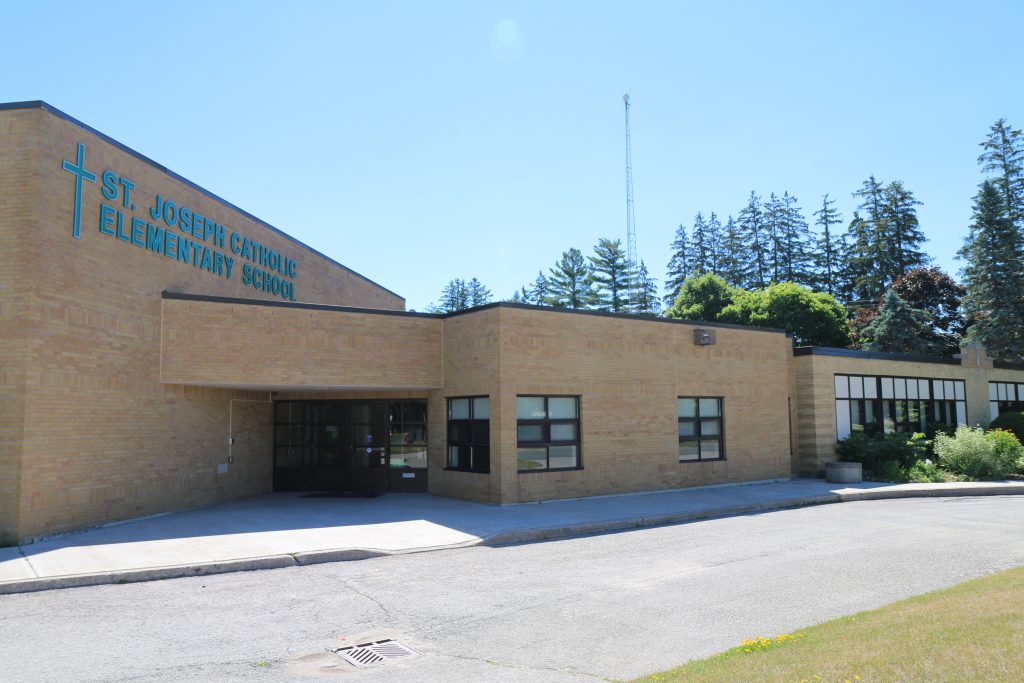 Peterborough-Kawartha MPP Dave Smith said the province has given the Peterborough Victoria Northumberland and Clarington (PVNC) Catholic District School Board approval for an addition to the kindergarten-Grade 8 school located on Douro Fourth Line in the village of Douro, just northeast of Peterborough.

Isabelle Grace, the board’s superintendent of business and finance, says it applied for the funding as students have been in portables for a “number of years” and the school population has been growing.

Enrolment is expected to be in the 235 to 240 range this fall, Grace said, and is projected to be fairly stable going forward.

“We currently have four portables being used on site, and the funding is to support a four-classroom addition so that the portables can be removed and we are planning some interior renovations as well,” Grace said.

The funding is part of the Ontario’s government announcement last week that it is investing over $500 million to build 30 new schools and upgrade 15 current facilities. The funding will also generate nearly 900 new licensed child-care spaces.

Director of Education Michael Nasello said the board is pleased with the government’s approval of the capital funding for the school.

“This small but mighty school has served the Douro community for many years,” said Nasello. “It is a growing community and the addition will serve the needs of students and families now and for many years to come. We appreciate the advocacy of MPP Dave Smith and (Education) Minister Stephen Lecce in moving this project forward.”

In a statement, Lecce said the funding for the Douro school shows the province is committed to rural Ontario.

“From modernizing our curriculum to revitalizing our classrooms and their facilities, we are investing in our students and giving them every tool to achieve their full potential,” said Lecce. “Our financing of the addition to St. Joseph Catholic Elementary School further demonstrates our government’s historic investment in Ontario’s schools and our overall commitment to supporting our students and families.”

Grace says the school addition is current in the planning stages. Additional approvals are required before a tender for construction can be issued.

‹ History in the Making: Board hosts first ever virtual Grade 8 graduation ceremonies