On a mission to build 25 bat houses: Durham’s Bat Rangers are back in action 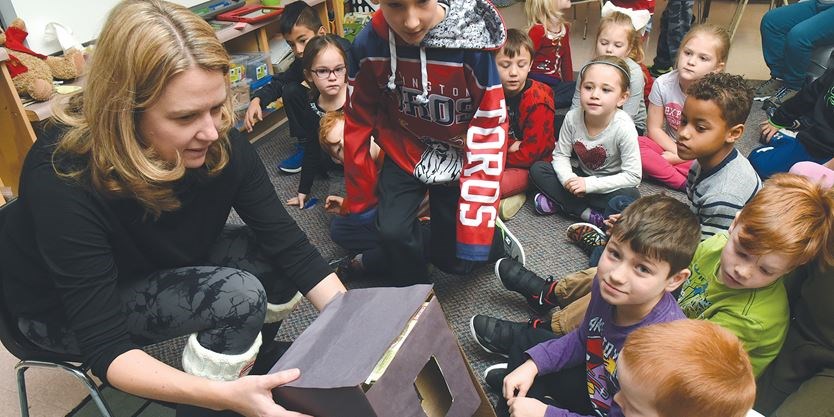 A group of Durham kids on a mission to save the little brown bat is back in action this year and looking for the community’s help.

Last school year, a group of 16 students got the ball rolling with a PSA video.

Now, the group is hoping to build 25 bat houses, structures that provide bats with a safe alternative to caves, where the fungus that causes white-nose syndrome is found.

“The bats are getting sick,” explains six-year-old Kayla Brocklehurst. “And we need to help them.”

The Bat Rangers started as part of a “deep learning” project spearheaded by teacher Michelle Rodriguez.

She says the students have learned valuable research skills such as how to ask for community help by making a phone call or writing an email.

“This has helped them realize that, even though they’re one little person, they can make a difference. They may be in Grade 1, but they can change the world,” Rodriguez says.

So far, the Bat Rangers have received a $400 donation from General Motors and a donation of wood from Home Depot.

Students at nearby Holy Trinity Catholic Secondary School have volunteered to cut the wood.