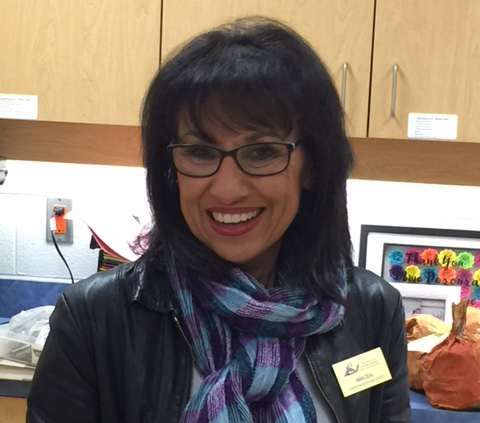 This award is presented annually to a religious or layperson that supports the aims and goals of OAPCE and has substantially contributed to the Catholic School System in their community.

Iman serves schools in Clarington and Northumberland and previously worked in a specialized classroom at Holy Trinity CSS supporting students living with autism.

Iman is described as an “angel,” as she works with students living with special needs and frequently supports parents and guardians, said Ian Kruis, VP at Holy Family CES.

“She has genuine compassion for all people, which is evident when speaking to her colleagues. Iman is a caring adult to many children and youth within the Clarington community,” Kruis said.

“In her own community, she is always looking out and providing for the less fortunate either emotionally, physically and or financially.”

Iman was formally recognized during the OAPCE annual gala celebration in Vaughan on Oct. 14, 2017.

“Iman continues to share her gifts with staff and students in her role. We are indeed blessed to have her,” said Anne Parco, PVNC Educational Assistant Supervisor.