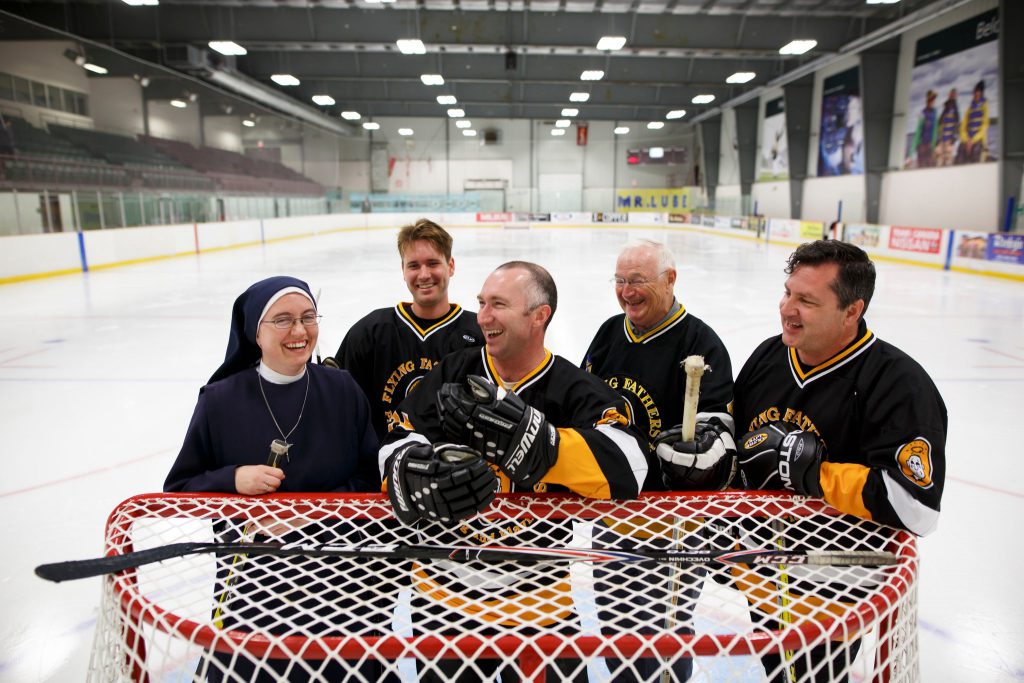 PVNC graduates Fr. John Perdue and Sister Mary Catherine are bringing back the “Harlem Globetrotters” of hockey, as NYT reports

Fr. John Perdue and his sister Sister Mary Catherine, both PVNC graduates, are flying high after relaunching the escapades of the Flying Fathers in January 2018.

The headline in the New York Times reads: “In Canada, a Hockey Revival”

Once dubbed the Harlem Globetrotters of hockey, the Flying Fathers played more than 900 games across Canada over 40 years, netting more than $4 million for local and national charities, parishes and foundations.

Unlike the Globetrotters, however, the Flying Fathers wore a second uniform as well — the black clerics and Roman collars of Catholic priests. During their heyday in the 1960s and 70s, they played across North America and Europe, bringing communities together and raising millions of dollars for good causes.

From getting pies in the face to playing with tiny sticks as “penance” for penalties, the Flying Fathers combined crowd-pleasing antics with real skills on the ice.

Now, nearly a decade after the Flying Fathers left the ice, the team has been brought back to life. Led by Fr. John Perdue, 33, the vocation director for the Diocese of Peterborough, Ontario, a new troupe of priests have laced up their skates to fill arenas with laughter and raise funds for charity.