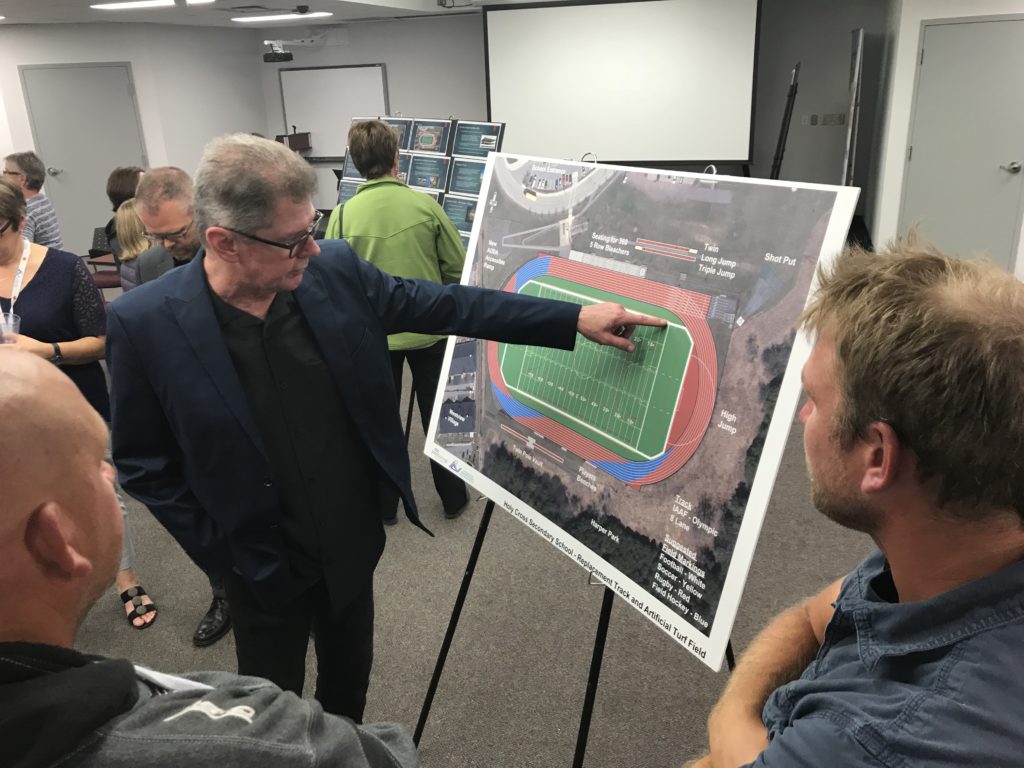 A new $3.7-million artificial turf sports field planned for Holy Cross Catholic Secondary School is about to be built thanks to a partnership between the city and the Catholic school board, who will split the construction costs.

The idea is to create a new field to be used by students and the community, said Coun. Lesley Parnell at a public meeting Monday, Sept. 24 at the Catholic school board offices on Lansdowne St. W.

It’s a great idea for the city to have teamed up with the Catholic school board on this project — particularly since the city doesn’t have much flat land for a sports field, she said.

“It’s a great project — it really is,” she said, adding that it has been planned since 2015 and that neighbours and council have all endorsed it.

About 25 people were at the meeting Monday at the Peter L. Roach Catholic Education Centre, the offices of the Peterborough Victoria Northumberland and Clarington Catholic District School Board.

The design for the field was on display: it will be lit with LED lights and will feature an eight-lane running track.

Gillian Barnes, project manager for the city, said the plan is to start construction in spring 2019 for use in fall 2019.

The cost to build it would be split between the school board and the city, states a city staff report. That means the cost to each is expected to be $1,855,000.