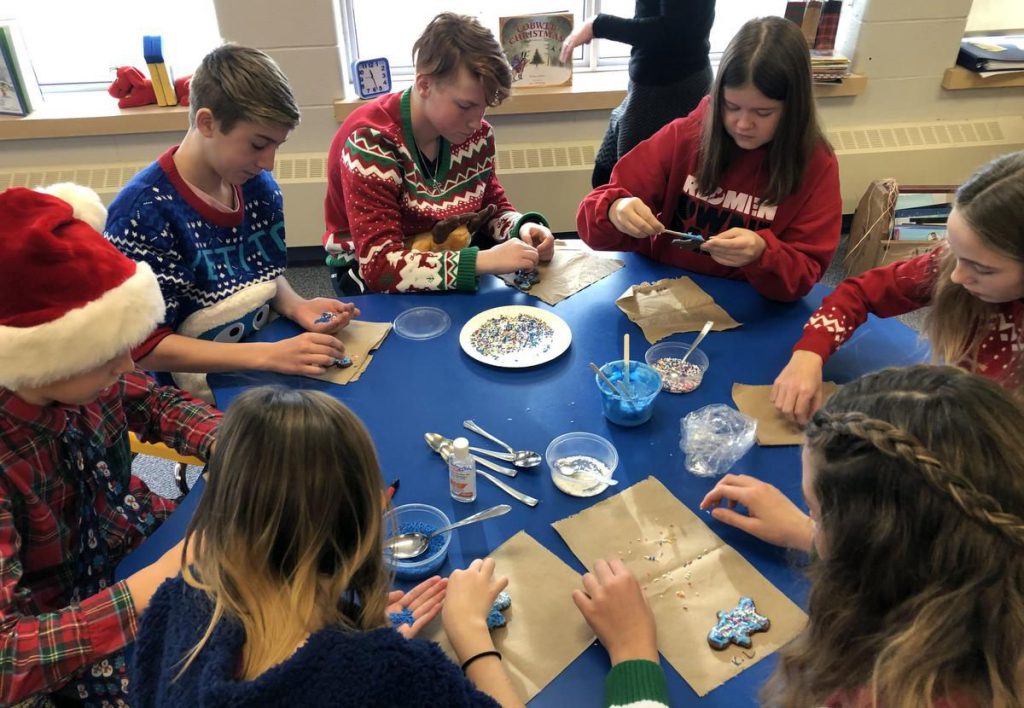 This story begins in September. The Grade 8 class at MOD was starting their science program for the year. As part of a deep learning model, the students were given the freedom to lead their own learning through problem-solving and collaboration. The teachers, Ashley Fitzgerald and Krista Wells-Skinners, assumed the role of supportive facilitators.

Their science program began with a screening of “The Plastic Ocean.” This 2016 documentary film looks at plastic pollution choking the world’s oceans and emphasizes the need for a “wave of change.”

“We had group discussions about (the documentary),” explains student A.J. Whitney. “We had to be patient and inclusive. It was so much fun sharing my ideas.”

After much discussion, the students narrowed their focus on how they wanted to proceed in their science program for the year.

“We chose the water refill station as our goal,” says Austin Gallagher, one of the students who led this project. “We wanted to promote reusable water bottles so less people would bring in disposable water bottles.”

The students named their project “CAPS off Water,” an acronym representing the “Conservation, Awareness, Protection, and Stewardship of Water.” These are the core pillars of the Peterborough Children’s Water Festival and the basis of the Wonders of Water Program. “CAPS off Water” is also a useful mnemonic for remembering the goal of reducing single-use plastic water bottles.

The students formed groups to focus on all the different areas they wanted to cover. They made art displays communicating the core elements of water conservation. They applied for additional grants, including Ecoleague funding. They designed reusable water bottles. They wrote children’s books about plastic pollution in water. They created awareness-building posters.

These students even planned to lead their own World Water Day assembly in advance of the Peterborough Children’s Water Festival.

Each of these projects were completely spearheaded by the students and their vision for creating an enduring legacy at MOD. “We had come to a decision,” says student Lucas Pronk, “that we thought would have a lasting impact on the school.”

As a result of the collaborative efforts of these students, two water refill stations were installed at MOD before March break.

“After the water stations were installed,” observes student Ireland Payne, “it was amazing to see how many kids were using them.”