Meet the top Pedal for Hope fundraiser in Clarington 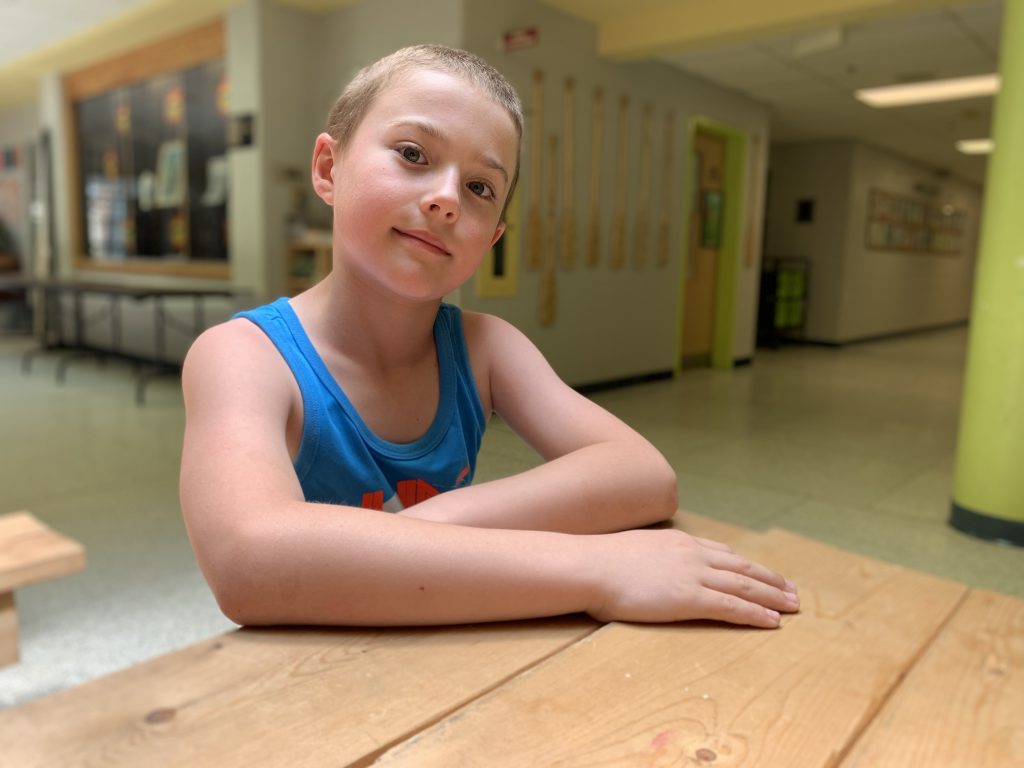 That’s because for the last five years in a row, Sam, a Grade 3 student at St. Joseph Catholic Elementary School in Bowmanville, has had his head shaven for the annual Pedal for Hope cancer fundraiser, which wheels into the school every year in the spring.

Along the way, the eight-year-old has raised nearly $25,000 for pediatric cancer research, individually collecting more than $6,000 this school year alone.

That has made him the region’s top fundraiser for the annual event, which consists of a team of police officers from Peterborough Police Service, OPP, Durham Regional Police and RCMP who pedal 1,000 kilometres over three weeks in April raising funds for cancer research as they hold raucous assemblies at participating schools where students and staff shave heads and raise awareness.

Just arrived at St. Joseph’s in Bowmanville. Time to get the party started !! pic.twitter.com/YQkCVNbK31

Since its inception in 2005, Pedal for Hope has raised about $5.1 million for the Canadian Cancer Society.

For his fundraising efforts, police paid a special visit to St. Joseph CES and treated Sam and his class to a pizza lunch.

Sam said he appreciated the recognition. Fundraising for cancer research has deep personal meaning for him.

“Because lots of my family has had cancer and I’ve known lots of people who have had cancer, so I don’t want other people to go through that,” he said.

Both of Sam’s parents were diagnosed with cancer when he was younger. His mother Julie Cooper is a survivor, but his father passed away before his second birthday. It’s a loss that has motivated him his entire life, his mother said.

“His life was really deeply impacted by the loss his father. Fundraising really is a way for him to connect with his dad and do something in his memory. It really gives him a drive and focus to really create that world of change,” Julie Cooper said. “So much of his identity is what he does for Pedal for Hope.”

So, officers may have just shaven his head a few months ago, but already Sam’s back to fundraising, appealing to family members and community members in person and through online donations.

“I’ve already started fundraising for next year,” he says.

“I’ve known lots of people who have had cancer, so I don’t want other people to go through that.” 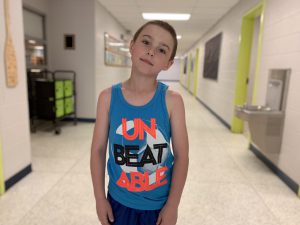