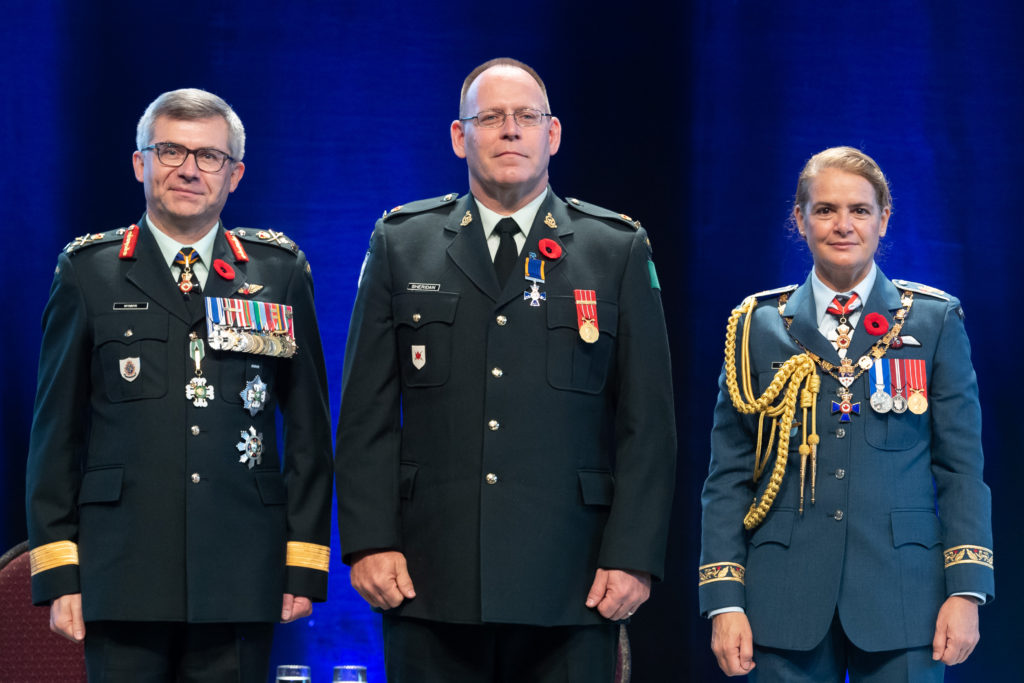 Holy Trinity Catholic Secondary School teacher Derek Sheridan, a Major in the Ontario Regiment, Royal Canadian Armoured Corps, Oshawa, Ontario, has been invested as a Member of the Order of Military Merit.

Lieutenant Colonel Bruce Clayton, Commanding Officer of the Ontario Regiment, describes Sheridan as honourable, dedicated, and extremely hard working. He commends him for the excellence he displays in his role within the reserves, while remaining an excellent teacher and a caring family man. During his years of service, Sheridan has been responsible for training countless Canadian soldiers who have gone overseas.

At Holy Trinity Catholic Secondary School, Sheridan teaches science, math, and outdoor education. He is a head coach of the Titans senior football team, for which he’ll be taking to the upcoming OFSSA Football Championships, and he is also coach of the wrestling team.“Derek Sheridan is an exceptional educator,” Holy Trinity principal Mark Joly said. “He is deeply committed to the service of his country and I also know him as a dedicated family man.”

Sheridan is the husband of Victoria Sheridan, teacher at St. Stephen Catholic Secondary School, and the proud father of Liam, Meriel, Fergus, and Aibhlinn.

On Nov. 6, 2018, Sheridan and Victoria attended the investiture ceremony in Ottawa, where Her Excellency the Right Honourable Julie Payette, Governor General and Commander in Chief of Canada, invested Sheridan into the Order of Military Merit.