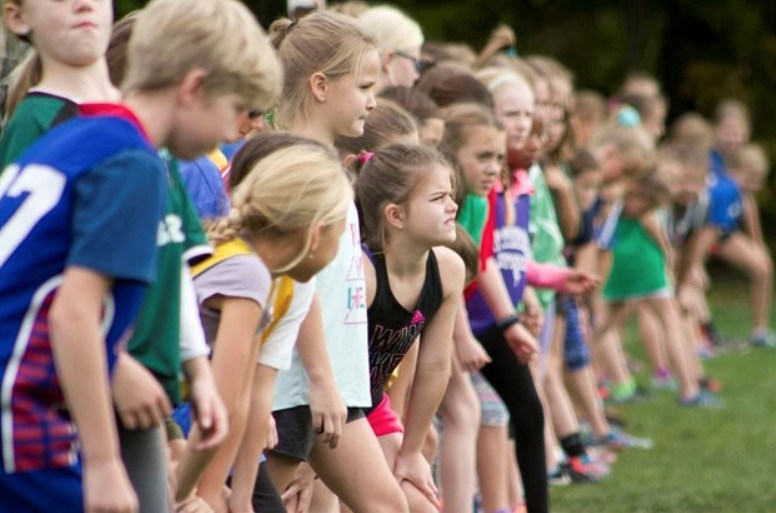 Organized in boys and girls categories, runners from Grade 4 to 8 competed on a one-kilometre route in Beavermead Park that took them across the soccer fields and through the adjacent campground before finishing near the park entrance.

Grades 3 and 4 runners completed a single loop, while Grades 5 through 8 completed the circuit twice in two-kilometre races.

Educators want participants to compete and improve their personal best, but also have fun with their friends at the same time.

That message was frequently delivered to racers at the start line by Jenn Fisher, before she signalled them to “Ready. Set. Go!”

The principal at Lindsay’s St. John Paul II highlighted what a great introduction the cross country meets provide to an exercise that requires no equipment and greatly promotes wellness and self-regulation.

“Running is a replacement for medication. It’s so good for the soul,” she said.

Makenna Kubica, a Grade 5 student at Ecole Monseigneur-Jamot, agreed a few minutes after finishing fourth overall in her race.

“It keeps me fit. And it’s fun,” she said, pointing out that the warm weather and increase in skill level among competitors from her family of schools event last week were big factors in Tuesday’s races. “It was a lot harder than last week.”

For results and more photos via the Peterborough Examiner.

The ‘Saints’ and ‘Canes’ march for Terry Fox in Peterborough ›