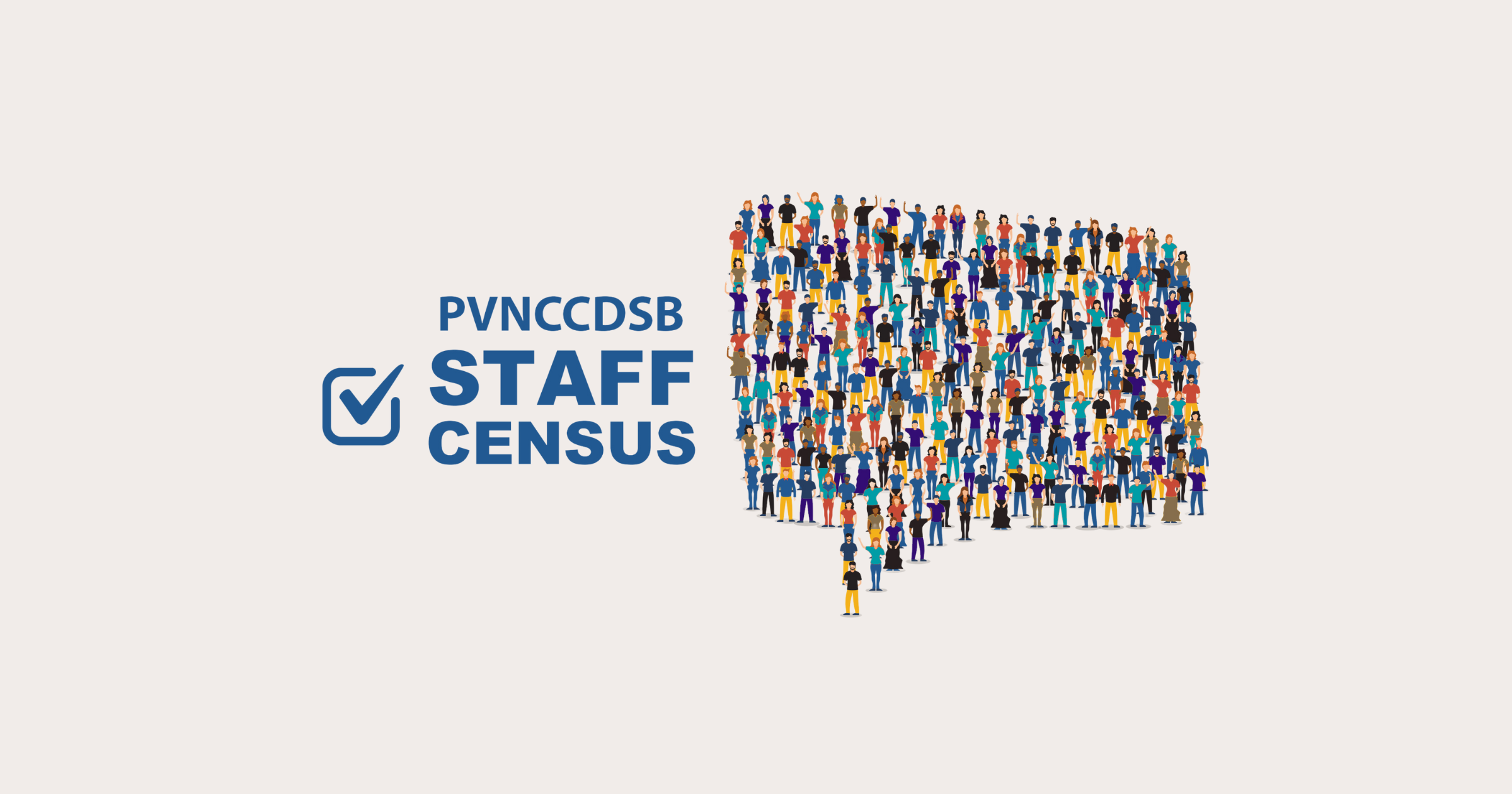 This page provides information and resources to help respondents of the 2022 PVNC Staff Census understand census questions so that all staff may feel confident responding to the survey. The terms and definition here should be seen as a resource to allow for a deeper understanding of the complex and nuanced ideas that are explored through the Staff Census. Recognizing that we will not be able to cover all staff’s questions and/or concerns pertaining to identity and diversity, the terms and information are not exhaustive.

Adjustments made to policies, programs, practices, facilities, or resources to allow for equitable access in the workplace. Accommodations are made in the hopes of achieving accessibility by eliminating existing barriers.

Someone who does not identify with any gender or does not see themselves as aligning with all or any masculine or feminine characteristics. Other terms include gender neutrois, gender neutral, or genderless.

Someone who experiences little to no sexual attraction to others and has little to no interest in sexual activity or sexual relationships. Asexuality exists on a spectrum and can fluctuate. It is sometimes shortened to Ace.

Asylum claimants are individuals who request refugee protection upon or after arrival in Canada.

An individual who is physically, romantically and/or emotionally attracted to more than one gender. Some bisexual individuals may also identify as pansexual.

An individual whose gender identity aligns with the sex they were assigned at birth.

A person who identifies with the gender that was assigned to them at birth.

A person who identifies with the gender that was assigned to them at birth.

In Ontario, Canada, two people are considered common law partners if they have been continuously living together in a conjugal relationship for at least three years. If they have a child together by birth or adoption, then they only need to have been living together for one year.

A “Convention Refugee” from another country, where you could return and live permanently without any fear of potential persecution.

A medical and sociological term referring to people who have become deaf later in life. Deafened persons cannot hear what you say, but usually respond verbally in a conversation. They sometimes use interpreters.

Deafblindness is a distinct disability. Deafblindness is a combined loss of hearing and vision to such an extent that neither the hearing nor vision can be used as a means of accessing information to participate and be included in the community.

The term “disability” covers a broad range and degree of conditions. A disability may have been present at birth, caused by accident, or developed over time. There are physical, mental and learning disabilities, mental disorders, hearing or vision disabilities, epilepsy, drug and alcohol dependencies, environmental sensitivities, and other conditions (Ontario Human Rights Code). Having a disability is the perception of the individual and is not necessarily linked to official documentation.

Individuals who are perceived to have a sexual orientation or gender identity or expression that does not conform to socially accepted SOGIE norms. Such individuals include, but are not limited to, lesbians, gay men, and bisexual, trans, intersex and queer individuals.

The formal or informal policies or practices that result in the restriction or exclusion of staff, particularly marginalized members, on factors not related to the job requirement. Can be physical, economic, financial, informational, and/or organizational policies/practices.

Ethnic groups that have a common identity, heritage, ancestry, or historical past, often with identifiable cultural, linguistic, and/or religious characteristics.

Someone whose emotional, romantic, and/or physical attraction is to people of the same sex or gender. More commonly used to describe male attraction to other males, but men, women, and non-binary people may also use the term.

How a person expresses or presents themselves in ways that may be associated with gender, including how a person is perceived in relation to gender. This can include behaviour and outward appearance such as dress, hair, makeup, body language, mannerisms, gait and voice. A person’s chosen name and pronoun are also common ways of communicating gender. How a person expresses their gender may change.

An individual who is flexible about their gender identity rather than committing to a single gender. They may fluctuate between genders or express multiple genders at the same time.

Gender identity has been defined as a person’s internal, deeply felt sense of being male or female or something other, or in between. A person’s gender identity may or may not correspond with their biological sex (HRC, 2008). Gender identity categories outside the binary female/male have been in use by Māori and other Pacific nations both in contemporary times and historically.

Hearing losses ranging from mild to profound. These persons experience difficulty hearing, and may wear a hearing aid to amplify sound. A hearing aid does not cure the loss, but assists in better communication.

Heterosexual/Straight
A heterosexual is usually considered a person who is romantically attracted to or sexually oriented toward people of the opposite sex.

While Indigenous spiritual beliefs and practices can vary significantly among different First Nation, Métis and Inuit groups and individuals, and across different regions, some common elements are shared across many communities. For example, many Indigenous people describe Indigenous Spirituality as a “way of life” and “way of knowing” (or worldview) that was centered on a relationship with the Creator, the land and “all our relations.” This often includes all other beings and forms of life, including what are commonly perceived as inanimate objects, which were generally seen to be imbued with a spirit or soul. Many Indigenous people describe Indigenous Spirituality as being inseparable from their traditional Indigenous culture and identity. (Ontario Human Rights Commission)

(As sourced from Inuit Tapiriit Kanatami):

The majority of Inuit live in 51 communities spread across Inuit Nunangat. They have lived in their homeland since time immemorial. Inuit communities are among the most culturally resilient in North America. Roughly 60 percent of Inuit report an ability to conduct a conversation in Inuktut (the Inuit language).

There are four Inuit regions in Canada: Inuvialuit (NWT and Yukon), Nunavik (Northern Quebec), Nunatsiavut (Labrador), and Nunavut. There are many urban Inuit across Canada, including significant populations in Montreal, Ottawa, Toronto, Winnipeg, Edmonton and St. John’s (sourced from Tungasuvvingat Inuit).

A person of Latin American origin or descent (used as a gender-neutral or nonbinary alternative to Latino or Latina).

An individual who identifies as a woman and whose physical, romantic and/or emotional attraction is primarily to other individuals who identify as women.

This category includes persons whose opposite- or same-sex spouse is living, unless the couple is separated or a divorce has been obtained. Also included are persons in civil unions.

The status of being married, single, widowed, divorced or separated and includes the status of living with a person in a conjugal relationship outside marriage, including both same-sex and opposite sex relationships.

(As sourced from the Métis Nation of Ontario):

1.1 – “Métis” means a person who self-identifies as Métis, is distinct from other Aboriginal peoples, is of Historic Métis Nation ancestry, and is accepted by the Métis Nation.

A person that is not involved or affiliated with any religion or religious activity.

A gender identity not limited to one gender. A person with this identity may feel their identity encompasses all possible genders at once.

Individuals who may feel physical, romantic and/or emotional attraction to individuals regardless of their gender or sex.

Individuals who are admitted to the country on a temporary resident permit, and who have been deemed to be in urgent need of protection.

A permanent resident, citizen, or national of another country, other than the one you left, where you could live without fear of persecution.

Race is a social construct. This means that society forms ideas of race based on geographic, historical, political, economic, social and cultural factors, as well as physical traits, even though none of these can be used to justify racial superiority or racial prejudice. Recognizing that race is a social construct, the Commission describes people as “racialized person” or “racialized community” instead of the more outdated and inaccurate terms “racial minority,” “visible minority,” “person of colour” or “non-White” (Ontario Human Rights Commission).

Religion, creed, spirituality and/or belief(s) refer to an individual’s self-identification or affiliation with any religious denomination, group, or other religiously-defined community or system of belief and/or spiritual faith practices.

The medical term based on physical characteristics and anatomy used to designate people as male, female, or intersex. Biological sex is distinct from gender identity.

One’s sexual orientation can be derived from their sexual attraction, sexual behaviour, and/or sexual identity (ONS, 2010).

An umbrella concept that refers to any individual whose gender identity or gender expression differs from the sex they were assigned at birth. This concept includes, but is not limited to, individuals who have made bodily changes using surgical, medical or other means, or

Gender identity is different from sexual orientation, and a trans individual may be heterosexual, gay, lesbian, bisexual, or asexual.

Two-Spirit was a term introduced by Elder Myra Laramee in 1990 at the third annual Native American and Canadian Aboriginal LGBT people gathering in Winnipeg. It is “an English umbrella term to reflect and restore Indigenous traditions forcefully suppressed by colonization, honouring the fluid and diverse nature of gender and attraction and its connection to community and spirituality. It is used by some Indigenous People rather than, or in addition to, identifying as LGBTQIA”.

The teachings, roles, and responsibilities for a Two-Spirit person differs from community to community. Not all queer Indigenous people use this term, but Two-Spirit is an identity specific to being Indigenous and can only be claimed by Indigenous people. For more information, see https://www.outsaskatoon.ca/two_spirit1

An umbrella term used by some who identify as neither heterosexual nor cisgender. It is becoming more widely used within the community because of its inclusiveness and is sometimes used for convenience in place of acronyms, but should not entirely replace the acronyms. Transgender people may or may not use the term queer as the communities have diverse histories.

Someone who is in the process of exploring their gender identity or sexual orientation, but who does not identify with a specific label.